Most of our readers have likely taken notice of the John Deere Big Buck Sales Event, a promotion featuring the giveaway of a Chip Foose-modified John Deere 4020 Tractor and 3 John Deere Gator utility vehicles. Another incentive specific to this promotion is 0% financing for 48 months on any new John Deere purchase.

For those of you living under a rock, unfamiliar with the legendary Chip Foose, here is a short biography detailing his accomplishments along with some images and a video pertaining to the contest and providing some background on the John Deere 4020 tractor. Any questions you may have concerning the contest, please leave them in the comment form below and we’ll be happy to provide you with any further details. 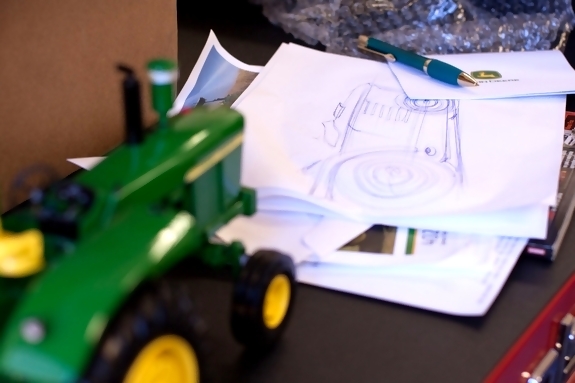 Known for his clean designs and sophisticated style, Chip Foose is a living legend in the automotive industry. His customization of classic American hot rods and muscle cars include the iconic and eye-catching Impression, Stallion, Foose Coupe, and Grand Master.

Chip and his team turned clunkers into dream rides for five seasons on Overhaulin’ on The Learning Channel. In addition, his design work has been seen on the big screen in movies like Blade Runner, Gone in 60 Seconds, and Cars. 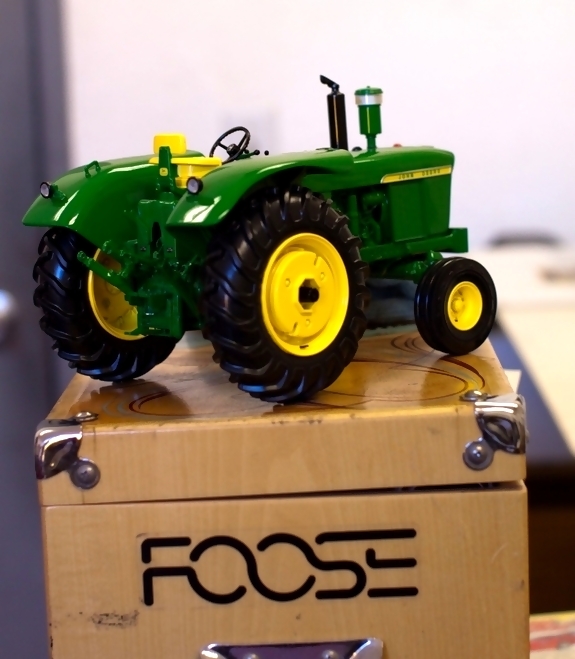 Chip Foose has worked on cars, trucks, motorcycles, school buses, and event the Motor City Hotel in Detroit. The Big Buck is his first tractor.

The 4020 will be completely taken apart, detailed, and then rebuilt. All components will be removable, so the tractor could be returned to stock.

Chip was surprised when he saw how big the tractor is; he wasn’t expecting it to be so tall.

When the tractor arrived, Chip drove it off the truck himself. Then he took it for a spin around the block because he was having so much fun driving it. 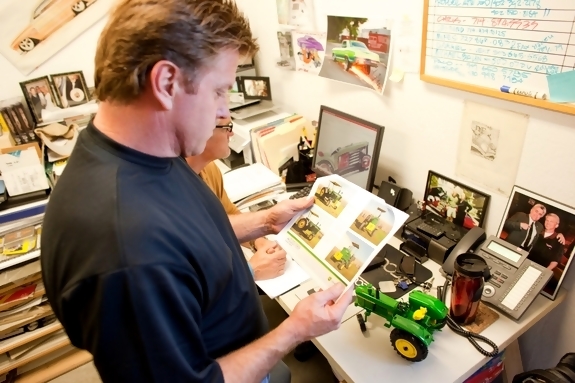 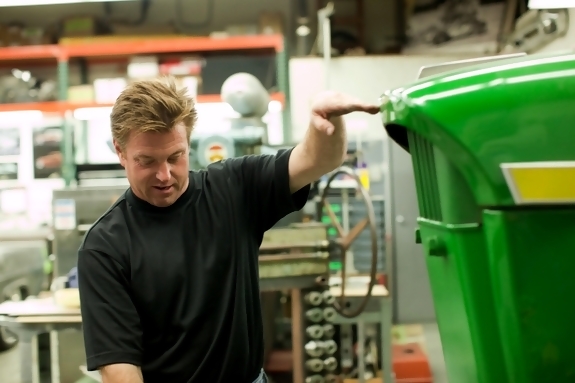 View more video footage on our John Deere Video Page and on the MachineFinder YouTube channel.