John Deere Recognized For Its Innovativeness in 2020 AE50 Awards

The American Society of Agricultural and Biological Engineers (ASABE) is dedicated to recognizing the best in the industry in terms of product innovations each year with the AE50 Award. John Deere is one of the many companies that has been recognized in the past for its machinery, and this year, it has done it again – several pieces of John Deere equipment have been given the AE50 Award from the ASABE. 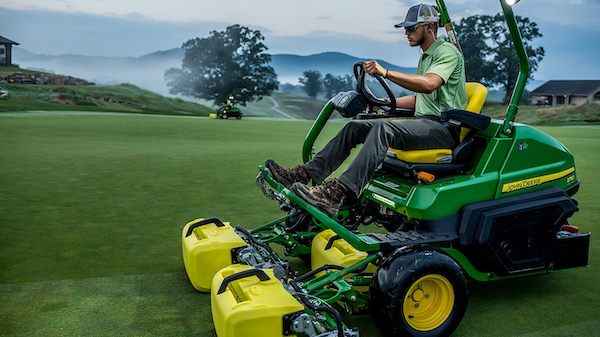 This year’s AE50 winners include a wide range of machines, systems, components, software, and services that have been recognized for their innovation, significant engineering advancement, and impact on their respective markets.

Going Behind the Scenes of John Deere Des Moines Works

Part of what makes John Deere successful is its commitment to its customers, and this can be seen at its factories across the country. John Deere Des Moines Works is dedicated to manufacturing Crop Harvesting and Crop Care equipment, and its output continues to play a role in the company’s overall success.

The story of John Deere Des Moines Works begins back in 1941 at the outset of World War II. The U.S. government was dramatically increasing its capacity to manufacture ammunition, so the Des Moines ordinance plant was built over the next four years. The vast complex of 279 buildings sprawled across 4,400 acres and played a critical role in the war effort – this location was responsible for producing machine gun rounds for the U.S. and Allied troops.

When John Deere isn’t rolling out new product updates and agricultural equipment, it’s focusing its attention on ways it can help others around the globe. John Deere India is one example of a company initiative that is dedicated to improving the quality of life for people in a community abroad. Between John Deere and the Centre for Advanced Research and Development (CARD), the Samruddhi Project has taken off, and it continues to have a significant impact on locals for the greater good.

Let’s take a closer look at this demonstration of John Deere citizenship.

John Deere Davenport Works is dedicated to manufacturing quality construction and forestry equipment for the roughest terrains, but it’s what happens on the factory floor that makes the ultimate difference. Employees are dedicated to not only developing the highest quality machinery but also sharing their thoughts on how to make improvements every day. It’s this type of innovation that keeps John Deere Davenport Works operating to the best of its ability. 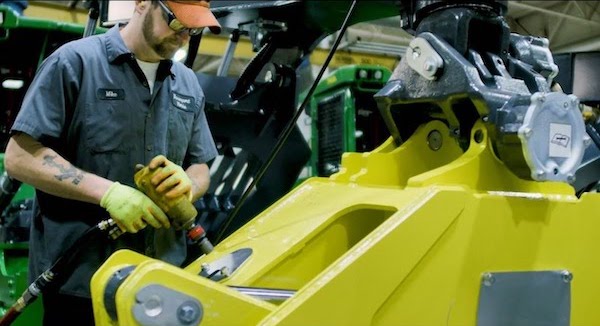 Close communication and interaction between the design and production teams ensure that equipment is being constructed properly throughout each day. It also gives employees an opportunity to collaborate and ensure that everything is being produced with Deere standards in mind.

Milk production per cow has increased more than 50 percent over the past three decades in California, according to the California Department of Food and Agriculture, and dairy farms like Johann Dairy are helping lead the charge. The Fresno-based dairy farm focuses on quality, rather than quantity, according to owner and operator John Verwey.

“We get higher production out of better cows,” Verwey says.whe

And in order to keep the cows and their habitats in pristine shape, John Deere equipment leads the way. Johann Dairy utilizes three large Deere wheel loaders that run up to 16 hours per day, mainly moving feed. On top of that, the John Deere 332G Skid Steer takes care of tasks such as hauling manure, cleaning up around fence lines, sweeping, and installing fence posts.

Understanding the Global Significance of the John Deere Foundation

The John Deere Foundation has been as big of a part of the company as the machines that are produced each day. At Deere, employees believe in giving back to the community in any way they can to make for a more sustainable, peaceful world. The company aspires to be a catalyst for positive global change by focusing its energy, intellect, and resources on solving issues, such as world hunger. It also looks to empower others through education and developing employees’ home communities. 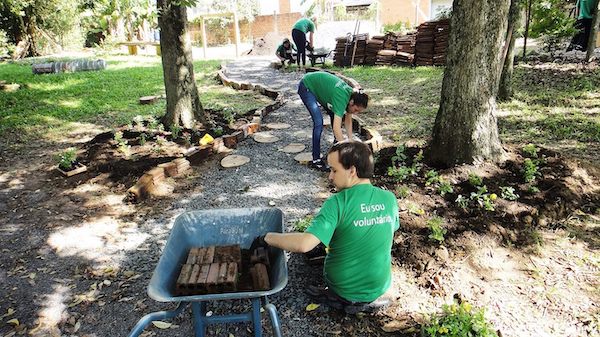 The John Deere Foundation focuses on a number of philanthropic initiatives, which include youth education, community development, and solutions for world hunger.

John Deere and Equipment Innovation: A Year in Awards

It goes without saying that John Deere has always been dedicated to creating the next big thing across industries, from agriculture to construction. This hard work has not gone unnoticed, with Deere being recognized for equipment innovation among top global companies. A research project led by the Gabelli School of Business at Fordham University and the Norwegian School of Economics recently found that customers rank Deere ahead of major technologies companies, such as Facebook and Google, when it comes to innovation.

Corporate citizenship involves the social responsibility of businesses, something which should play a significant role across organizations. This is especially true for John Deere and its employees as they strive to give back to the community at home and around the world. There are a number of initiatives that Deere takes to ensure that its corporate values shine through everything it does on a regular basis. 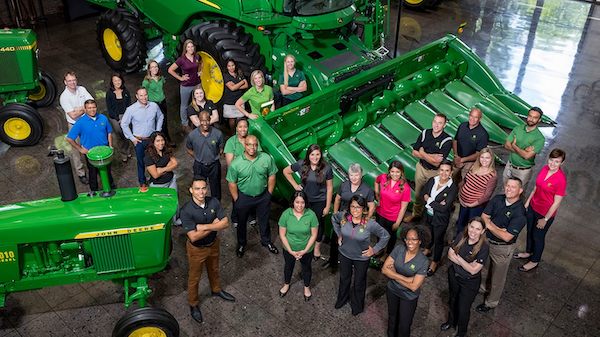 That being said, there are also specific areas of focus that the company hones in on to mark its dedication to corporate citizenship.

As our regular website visitors are aware, we publish industry news articles to our site in an effort to keep our audience aware of what’s happening across the agriculture industry. From upcoming conferences to new John Deere equipment announcements, our articles are meant to educate and be shared with others. 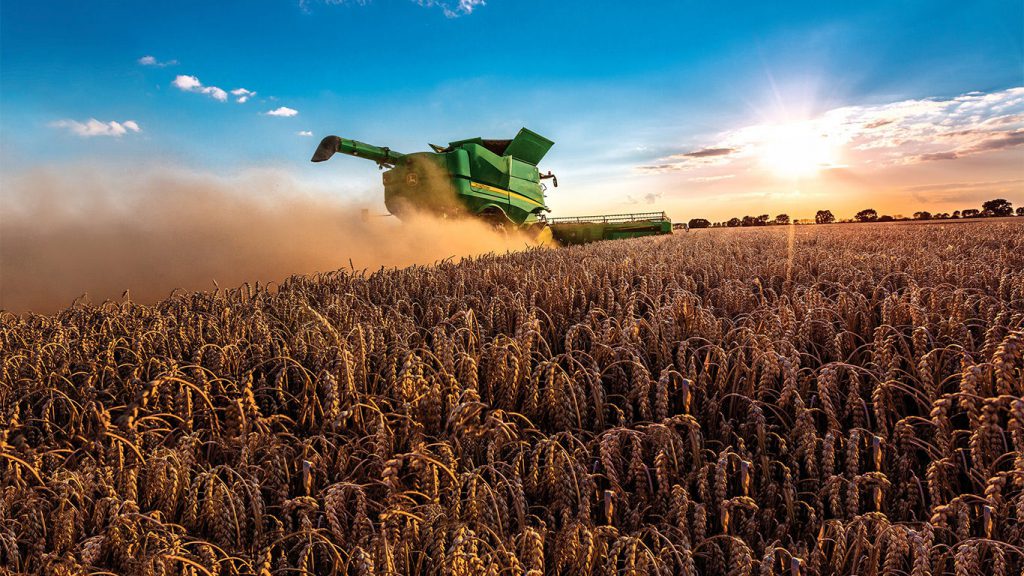 With 2017 in the books, we wanted to look back at the year, and specifically, some of our most popular agriculture news articles.

Here’s what headlined the headlines in 2017:

For more than 60 years, agricultural professionals and industry-leading experts have come together at the Farm Progress Show. In addition to taking advantage of learning opportunities, attendees have the chance to view the latest offerings from agricultural manufacturers. 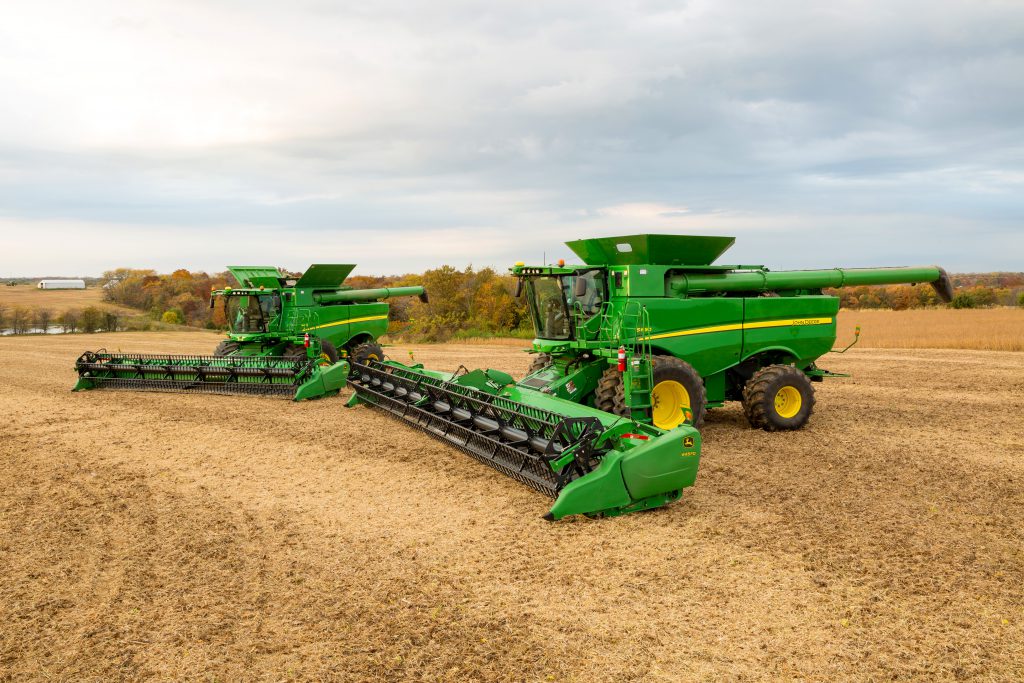