While the Great Depression and the Dust Bowl presented several challenges for many Americans, both during and after the fact, one of the rare success stories involved the Lemon family. Once Haskell and Irene Lemon graduated from the University of Oklahoma in the mid-1930s, they knew they wanted to stay in the area. They initially worked as equipment operators, spreading gravel on country roads across the state.

“They always wanted to work in Oklahoma City where the state department of transportation is located, but it was dominated by large contractors,” says their grandson Jay Lemon, current co-owner of Haskell Lemon Construction Co., along with his partner and cousin, Ken Wert. “Then, in the late 1940s, they had the opportunity to begin their own paving company.”

Founded in 1896, the International Union of Operating Engineers (IUOE) is a trade union that represents operating engineers who primarily focus on heavy equipment, as well as mechanics, surveyors, and health industry workers. IUOE Local 318 is led by Justin May and Noah Ridgway, who get through their busy days with the help of a fleet of Deere machines, including everything from dozers to articulated dump trucks. Without Deere, their day jobs would be much more difficult.

John Deere is a longtime producer of powerful engines, meaning companies know that they can turn to the business for reliable equipment that will last a lifetime. This is why Circle Line, New York’s oldest maritime sightseeing service, uses John Deere PowerTech 6.8L engines to drive their ships and keep them running smoothly.

Gus Markou, the president of New York Cruise Lines, has always been interested in ships. Right from the start, he knew that his line, which has been in operation since 1945, needed to be efficient in order to continue standing the test of time. With its products and engines, John Deere was an easy decision for him.

When companies need equipment to tackle a wide range of tasks for their clients, they know they can turn to John Deere for reliability and productivity. This is exactly what B&S Site Development did, and the business owners have never looked back.

B&S Site Development provides site-preparation services, including dirt work, concrete, wet utilities, and paving to its customers. The company initially began in the residential sector, but eventually moved into the commercial industry as new opportunities sprung up. The business, which is situated in Bristow, Virginia, saw a boom in demand. The area itself has grown dramatically since the 1980s and has become a home for many companies’ world headquarters.

Building arenas where professional horses and riders compete and train is no easy task. Drew Discount, the owner of Discount Dirtworks, knows this firsthand. “We bred horses on our family farm, so I grew up riding,” said Discount. “But then I got into dirt bikes. I raced motocross from 1993 to 2006 and used farm tractors to build tracks on our property.”

Today, Discount leads his company, which specializes in building and maintaining the show grounds that professionals use across the country – but he knows his job would be a lot tougher without a little help from John Deere.

Having a farm to operate on a daily basis comes with a load of responsibilities. Mitch Zumbach and his father, Doran, know this – they own the Z Valley Grain farm near Coggon, Iowa, and they love what they do. With John Deere machinery on hand, they can continue their operations, regardless of what life throws their way.

“It’s always been difficult for me to run a skid steer or CTL,” says Mitch, who lost the use of his right arm in a childhood accident. “We had a competitor machine that we modified so I could use it, but that made it difficult for anyone else to run. My father often wondered if it might be possible with today’s technology to design a machine we could all use.”

Experiencing What John Deere Sports Turf Equipment Can Do

John Deere sports turf equipment is designed to tackle a wide range of tasks, making them some of the most popular products on the market. Everything from PrecisionCut Reel Mowers to field rakes make professionals’ jobs easier in this field, and it couldn’t be done without Deere’s commitment to delivering top-of-the-line products to its customers. Let’s take a look at two separate use cases of John Deere sports turf equipment and how it has helped professionals in their respective sectors of the industry.

At MiCa Enterprises, getting the job done safely and efficiently each day has been key since starting up in 1991. With a primary focus on power plants and mines, it is vital that the equipment that is used can stand up to any task. As a John Deere customer, this company sees a range of benefits from machines such as motor graders, water trucks, and the 670G LC Excavator. 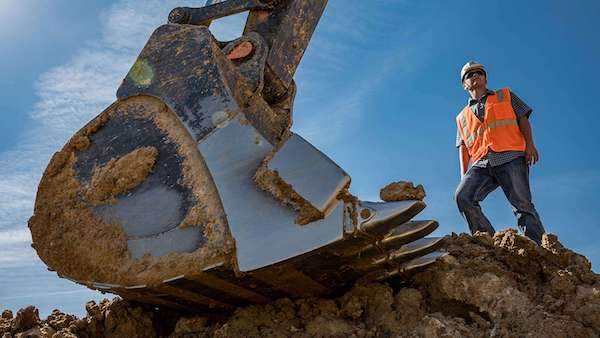 Watch the videos below to learn more about MiCa Enterprises and how its workers and equipment are able to handle anything that’s thrown their way.

You may have plenty of questions about your John Deere mower once you bring it home, regardless of the number of mowers you’ve worked with in the past.

Let’s take a look at the answers to seven frequently asked questions about John Deere mowers.

How Should Fuel Be Stored?

If possible, try to keep reserve fuel stored inside to avoid temperature extremes. In addition, try to stay away from galvanized tanks, as diesel fuel may interact with zinc to form unstable compounds.

From customers to employees, the John Deere community has proven that when things are tough, a little help can go a long way. After Hurricane Harvey impacted Houston, TX, people jumped into action in order to save lives and return life back to normal as soon as possible. While some used their John Deere equipment throughout the storm to help people within the area, others worked to ensure that people could also operate these machines once the storm had passed. 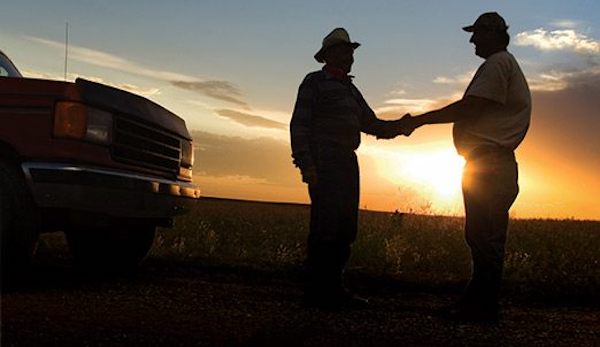