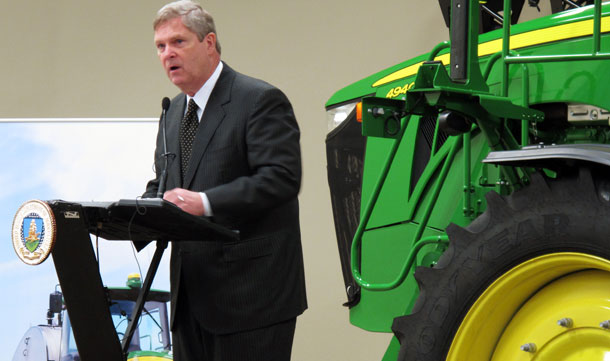 The 2012 Farm Bill has a long way to go until its passage, with many amendments filed and a September deadline, but there are a number of key components to the legislation that could affect farmers across the country.

On June 21, 2012, the bill passed through the Senate, in the form of a five-year, half-trillion-dollar farm bill that would both cut farm subsidies and land conservation spending by roughly $2 billion on an annual basis. This legislation would also protect sugar growers, among other commodities, and would provide funding for roughly 46 million food stamp beneficiaries.

Though the bill sailed through the Senate, in a ray display of bipartisanship, the main obstacle remained – the House of Representatives. Senate Republican leader Mitch McConnell called the legislation “one of the finest moments in the Senate in recent times in terms of how you pass a bill,” according to The Associated Press.

The U.S. House Agriculture Committee passed the 2012 Farm Bill, with roughly 100 amendments, almost a month after the Senate, and the bill now heads to the House where it could sit until it is set to expire in September.

The House version of the bill would reduce the total amount of money attached to the legislation, cutting $35 billion over the 10 years that the bill would be in existence for.

Congressmen support specialty crops in both versions of the bill, as block grants and funding would be received by people who concentrate on fruits, vegetables and nuts.

However, a majority of the bill still goes to the long-established basic program commodity crops, which provide farmers in the middle of the country with subsidies, and perhaps most importantly, crop insurance. Though these measures have been supported by people on both sides of the aisle, one professor noted that direct payments to farmers could be on the chopping blocks if an agreement cannot be reached.

Farmers will likely still receive these subsidies on the 2012 Farm Bill, if it passes, giving them resources to hire new workers and expand operations. The legislation provides a safety net for these individuals, as they will receive money even if their operation is ravaged by drought or other factors.