To cater to customers seeking new technology and transmission options, John Deere has revamped its lineup of 5M Series Tractors. Enhanced features and capabilities have been added to meet the demands of hay, livestock, and commercial customers.

“Now, John Deere makes the PowrQuad transmissions available on the 5090M, 5100M, 5115M cab versions and includes it in base equipment on the newly added 125-horsepower 5125M, which is only available with a cab. PowrQuad transmissions make it easy for operators to find the right speed with clutchless, push-button shifting between gears, allowing them to focus on their work,” said Greg Christensen, marketing manager for John Deere.

John Deere offers a wide array of electronic display solutions to help customers get the job done out in the field, and the company never cuts corners when it comes to quality. For this reason, customers can rest assured that they’re always getting the best value for their dollar, especially when it comes to the company’s technology offerings. With John Deere Electronic Solutions displays, the possibilities on the worksite are endless.

How to Use a Fork Grapple Attachment on a Tractor

If you have a large plot of land, there’s a good chance that you have an ample amount of brush and other materials to clean up to keep everything in working order. John Deere has a fork grapple attachment for tractors that can help with that specific job. Whether you’re going to be handling a small amount of material or an abundance of brush, the fork grapple attachment can help you clear out the space you need.

Let’s take a look at the steps you can take to use a fork grapple attachment on your Deere tractor.

John Deere F525 Mower: Taking a Look Back in Time

Those who are responsible for maintaining a highly landscaped lawn can turn to John Deere for a mower that suits all of their needs. The John Deere F525 is one example of a mower that, upon its release in the ‘90s, catered to casual and professional landscapers alike. 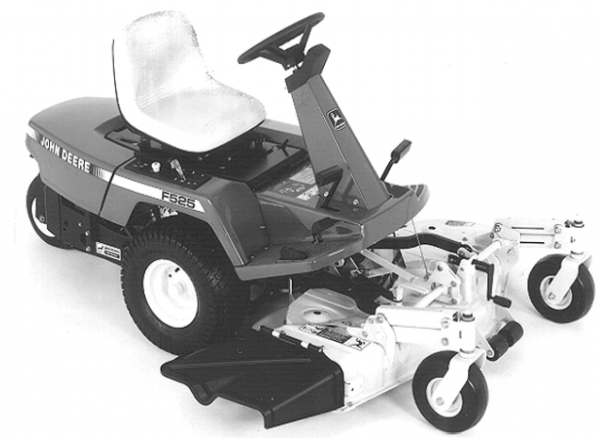 Best-suited for customers that worked with 1/2 to 3 acres of land, the John Deere F525 Mower – which was in production between 1990 and 2002 – was designed for easy maneuverability and came with features that made it optimal for trimming. Let’s take a look back at some of the features of this memorable John Deere lawn tractor.

Handling a large amount of waste is no easy task, something which Meadow Branch Landfill Operator Luke McKinney can attest to. He says that by 4:30 a.m. every workday, employees need to be ready to head out to get the job done, and it’s nonstop from there. Without equipment like the John Deere 950K Crawler Dozer, none of it would be possible.

Meadow Branch Landfill is situated in Athens, Tennessee, and is a subsidiary of Waste Connections, the third-largest landfill company in the U.S. It was founded by four men in a bar back in 1997 and according to District Manager, Steve Keylor, it’s come a long way since then. But how has the range of equipment evolved alongside the business, and what does the future look like for the company?

As crop planting and seeding season swings into full force, growers have unique needs when it comes to planting technology and parts. It is crucial to think about a variety of techniques each and every planting season. To better understand how planting equipment got to where it is today, we’ve put together a timeline that highlights crucial moments in John Deere planter history, while also featuring some producers that are using their John Deere planters to make the most out of the 2021 planting season.

John Deere has rolled out its new six-wheel 768L-II Bogie Skidder to accommodate customers working in rough, wet conditions on a regular basis. With its features, this machine is capable of boosting productivity, performance, and comfort for operators, regardless of the terrain. Best of all, it packs an ample amount of horsepower, giving customers what they need to get the job done without any hang-ups along the way. 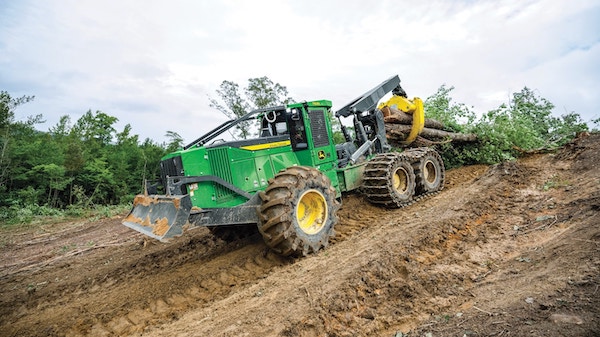 Let’s take a look at some of the features of the John Deere 768L-II Bogie Skidder and how it can begin helping you with your specific tasks.

John Deere wheel loaders are specifically designed to help customers move everything from rocks to piping, and the goal is to allow them to do it with ease. These machines are meant to give operators the opportunity to save time and boost efficiency when it comes to all of the tasks on the job site. That being said, there are always tips and tricks customers could be using for material movement with their wheel loader.

Let’s take a look at some of the most commonly used tips for material movement and how they can help out in the field.

To improve productivity and durability for its customers, John Deere has introduced several changes to its two largest dozers, the 950K and 1050K models. All of the alterations are based on customer feedback and are specifically designed to improve ride quality and boost effectiveness. New undercarriage options and updated blade offerings add to the strong history of productivity and innovation seen in John Deere dozer offerings.

“Our time spent on customer sites has allowed us to confidently design an undercarriage for the 1050K that drastically improves operability and productivity on rough terrain,” said Matt Goedert, solutions marketing manager, John Deere. “With the updates to the 950K and 1050K machines, such as the Extended Life undercarriage life option, we’re delivering increased machine uptime while also significantly enhancing the operator experience.” 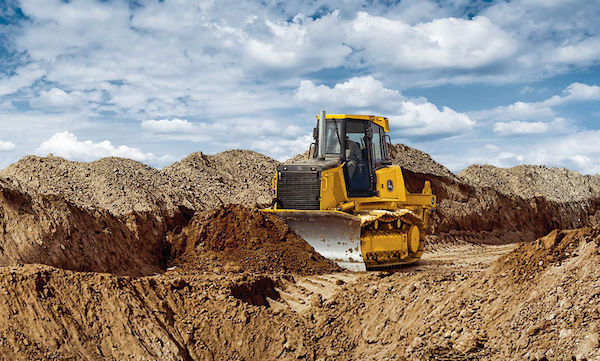