John Deere Logos Throughout the Years

The company existed for several years and after a brief spell of success – and then failure – the operations began to solidify and consolidate in Illinois. In 1876, after some deliberation, John Deere registered a logo: The “leaping deer” trademark.

10 John Deere Valentine’s Gifts for Your Loved Ones

For the lover of agriculture in your life, there are several John Deere Valentine’s gifts you may want to consider purchasing before February 14. Whether your significant other loves tractors or just everything about the brand, there are several options to suit his or her tastes. 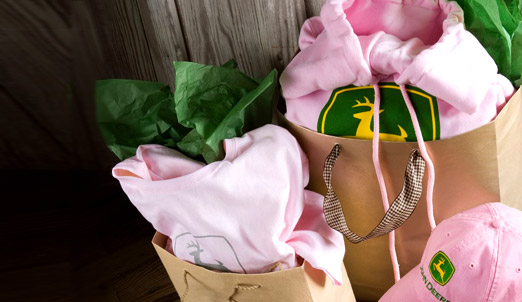 Here are 10 gift ideas to celebrate the love-filled holiday:

This hooded sweatshirt says “My Heart Belongs to a Farmer,” and it includes the classic John Deere logo on the front.