John Deere Logos Throughout the Years

The company existed for several years and after a brief spell of success – and then failure – the operations began to solidify and consolidate in Illinois. In 1876, after some deliberation, John Deere registered a logo: The “leaping deer” trademark. 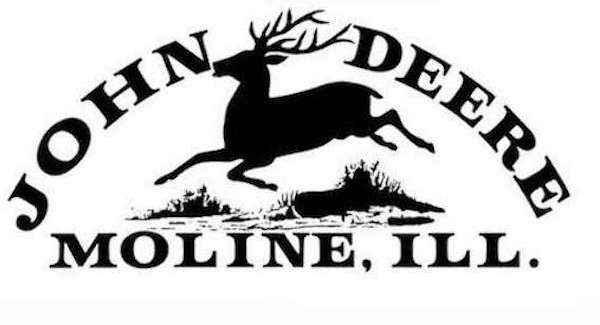 Although it was registered in 1876, the logo had already been in use for three years. At this time, the company was producing more than 60,000 plows a year, and it was seen as a necessary move to create a trademark to protect against copying and deception.

The original John Deere logo showed a deer bounding over a log, and, according to company sources, it featured an animal that is common to Africa, not the North American white-tailed deer that was portrayed in later logos. 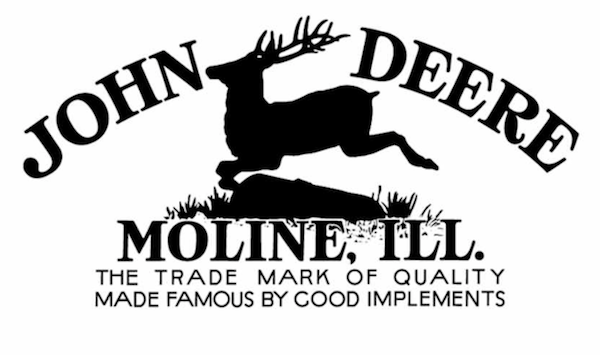 The second version of the John Deere logo was introduced in 1910 and was officially registered in 1912. Though it also featured a deer leaping over a log, there was more detail and definition than its predecessor, and it featured the slogan “The Trade Mark of Quality Made Famous by Good Implements.” 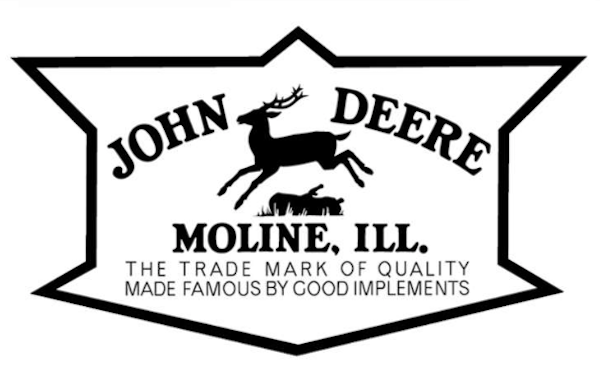 In 1936, the John Deere standardization committee saw a need to adapt its logo so that it would be easier to stencil on products. In response to this declaration, the deer became a solid silhouette and the detail was removed from the artwork. 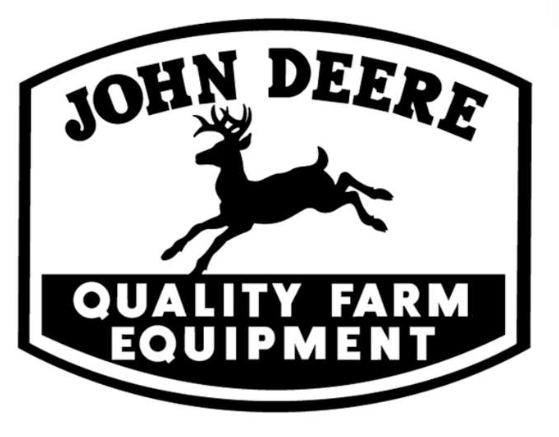 The 1950s saw several key changes to the John Deere logo including the positioning of the deer’s antlers, which were rotated and turned forward. The log was also removed, and a new slogan was integrated into the logo. “Quality Farm Equipment” was placed under the company’s name, and Moline, Illinois, was removed due to the global outreach of the brand. 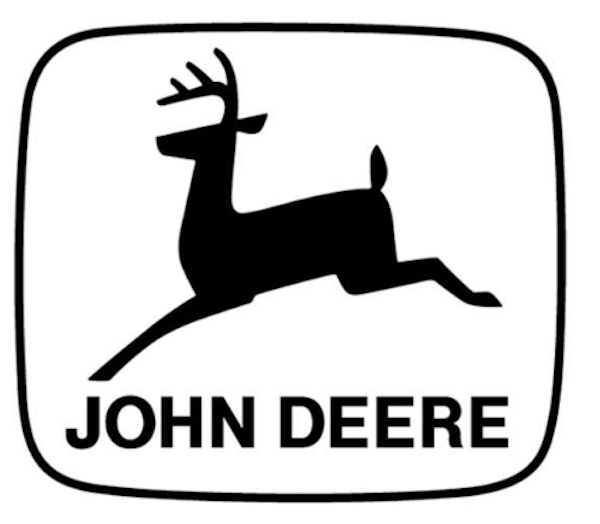 The John Deere logo changed over the next decade and by 1968, it became a simple silhouette of a deer with the company’s name underneath and no slogan. This was used until 2000 when the company sharpened the angles of the deer’s legs and antlers – giving the image a new muscularity and attitude that portrayed the power of the brand.