In our previous post, we made our way through agricultural terms beginning with the letters A–E. In our continued quest to explore the practice of farming, we’ll take you through letters F–L. So join us as we continue to learn about agriculture through the alphabet.

A farming tool is an implement that can help you accomplish any agricultural task you’ve set out to do. From agricultural machines to gardening tools, such instruments are so commonplace you have probably used a farming tool even if you didn’t realize it. Specific examples of farming tools include a bagging hook (similar to large sickle), a cattle prod, or even a gandasa (a Punjabi implement).

Fertigation combines the processes of fertilization and irrigation. In the case of fertigation, an irrigation system has already been implemented and fertilizers, soil amendments, and other water-soluble products are sent through such a system.

Foodshed is a term used to describe the region from which food originates. Foodshed refers to the area where the food is produced to the area in which it’s consumed and can include the land it grows on, the route it travels, the markets it passes through.

Free range is term referring to the way livestock are raised. Free range livestock are allowed to roam freely, meaning that there are no fences to restrict their habitation. They are also allowed outside rather than an indoor setting in which there is no sunlight.

When most think of grazing, they think of cows or horses eating grass in a pasture. Grazing, however, can refer to any animal, generally an herbivore, as feeding on plants, such as grass, or other vegetation, such as algae.

Growing season refers to the time period in which crops are planted for growing. For many crops grown in the U.S., such as spring wheat, corn, cotton, or soybeans, planting season begins in either March or April. The window for planting is a small, and the acreage that needs to be covered is vast. 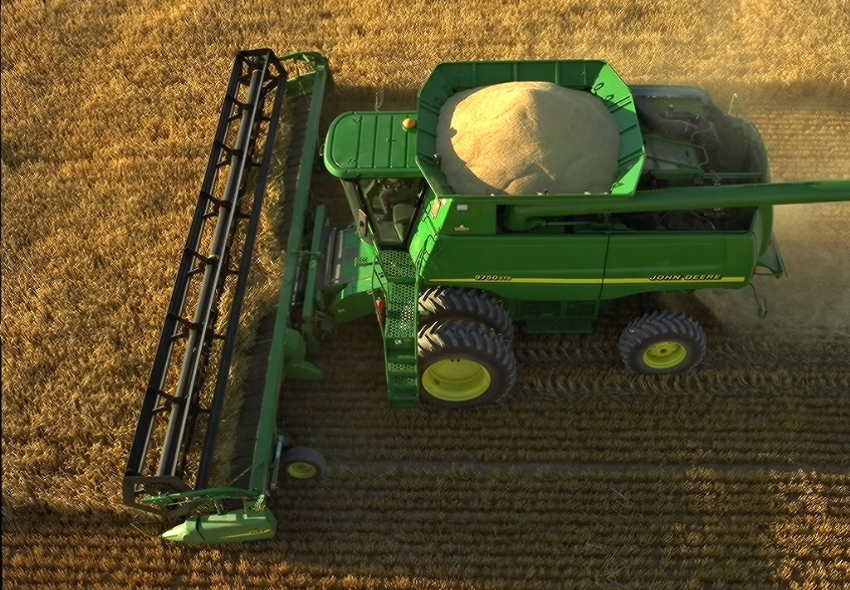 Harvesting, the act of gathering crops from fields once they have matured, is one of the most important parts of farming. Larger, more mechanized farms have sophisticated machinery such as used combines which we have in our dealer pages. However, on smaller farms, tasks are much more manual. Many parts of the world offer cultural celebrations in honor of the harvest; these vary by season and originated many years ago.

A hay buck is a stack of bales of hay, and hay bucking refers to the process in which these bales are stacked. The hay bales usually weigh somewhere between 85–150 lbs. and are stacked by hand in a storage area or on a vehicle for transportation.

A headland can also sometimes be referred to as a turn-row and is the end of a planted field. It is used for turning around when using farm implements during field operations. Generally speaking, a headland is the first area to be harvested in order to minimize crop damage.

Hydroseeding is one of many different kinds of planting processes; it involves a slurry, a pulverized version, of seed and mulch being sprayed over the ground. Helicopters are often in the hydroseeding process used to cover very large areas. 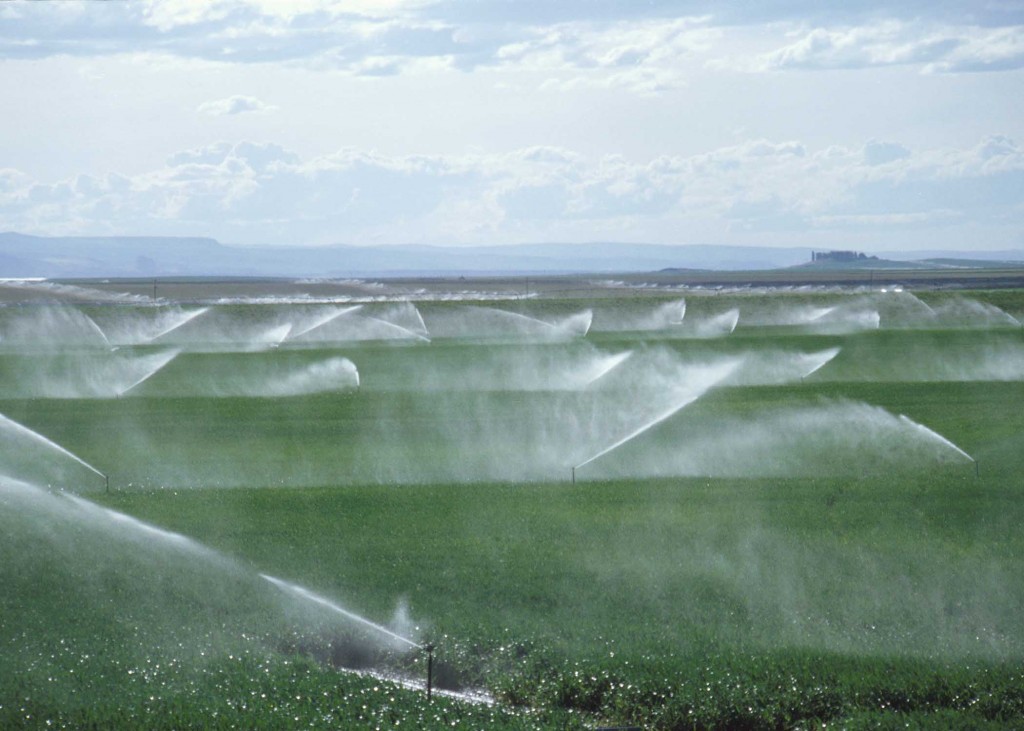 When people hear the term irrigation, they think of the method of watering crops that the Egyptians used by flooding out the Nile. Today, however, irrigation is defined as the application of water to land or soil. While we still use irrigation to grow crops, we also use it to water our lawns via sprinkler systems.

Fiber, oils, rubber, chemicals, resins, energy, waxes, or dyes are all examples of industrial crops. They are crops that are produced not for food consumption or foodstuffs but for useful or industrial purposes.

Intensive farming is generally characterized by a low fallow ration and a higher amount of capitol, a heavy use of a pesticides and an increase in labor. The last point, labor, is a main focal point of intensive farming. Unless replaced by machines, the physical work from laborers is much more extreme. 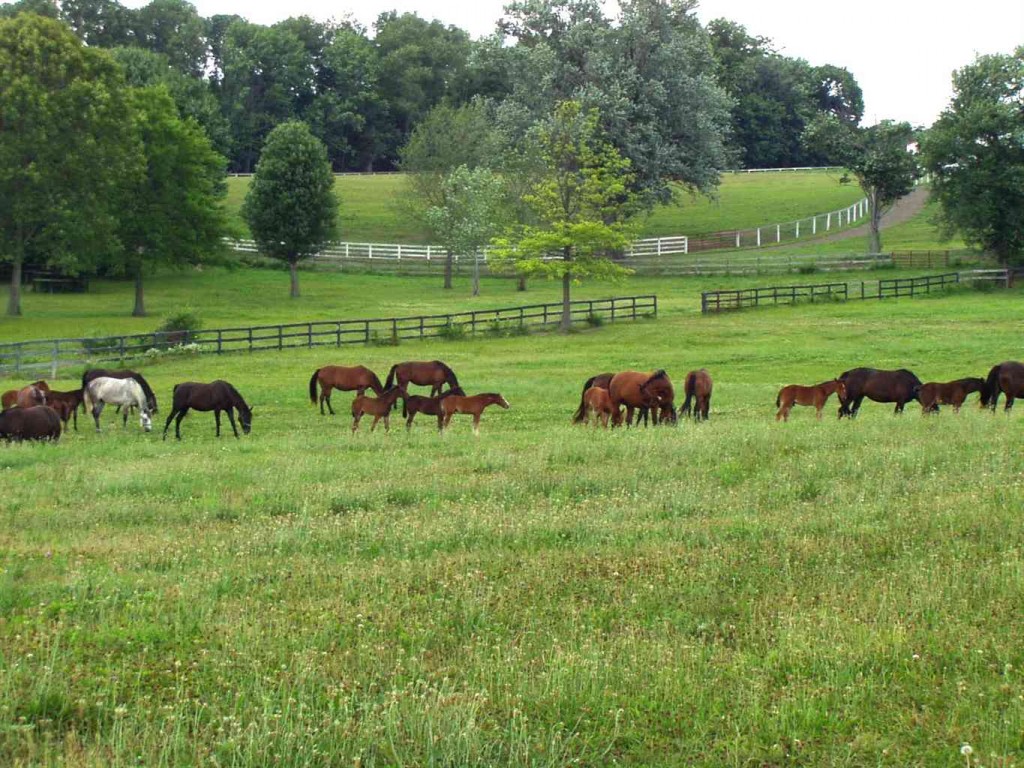 The Food and Agricultural Organization of the United Nations (FAO) classifies three kinds of land as agricultural area: arable land, permanent crop such as orchards or vineyards, and permanent pastures, land that is naturally grassy in order for livestock to feed (i.e., meadows).

Ley farming is a kind of farming in which the use of the field alternates. It used to produce cash crops during one season and then left to fallow, or in other words, laid down to ley, during the next season. between producing cash crops and being laid down to ley, or in other words, left to fallow. This is sometimes also called “alternate husbandry.”

Living mulch is defined a cover crop, which means that it’s interplanted or under sown with a main crop and usually acts as weed suppression. It also can regulate the temperature of the soil. One of the main characteristics of living mulch is that it grows for a long time with main crops.

Land suitability classification is a method of evaluation, or, more specifically, soil evaluation developed by the Food and Agriculture Organization of the United Nations (FAO). The classification determines whether the land in question is either suitable or unsuitable for use.

From farming tools to harvesting and irrigation, agriculture continues to take many forms. Watch for our continued journery through our alphabet of agricultural terms; next time we’ll make our way to the letter R!