With spring in the air, the John Deere Classic is just on the horizon. In 2012, the PGA Tour-sanctioned event included 156 Tour players and a $4.6 million purse. However, the tournament has evolved considerably since its inception in 1971.

The following is a history of the John Deere Golf Classic Tournament.

Joe Dey, the PGA Tour Commissioner at the time, wanted the tournament to succeed, and Deane Beman (who later succeeded Dey as Commissioner) became the first champion. Dey and the Tour Committee liked what they saw so much in 1971 that, the following year, the Quad Cities Open became a full-fledged PGA sanctioned event, and the tournament was born. 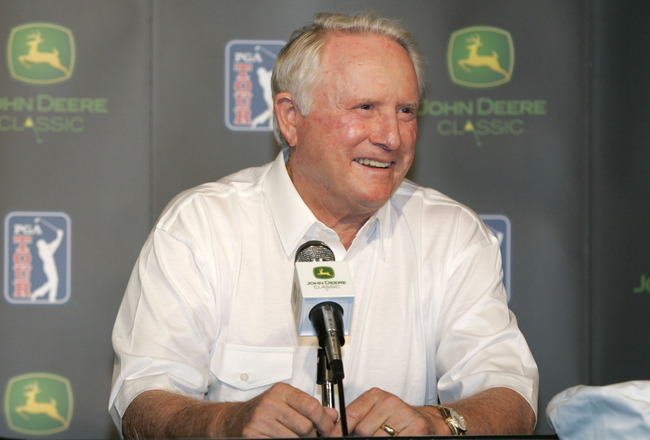 Beman took over as PGA Commissioner in 1973, and held the QCO closely to his heart. However, in 1974, the event began play the same week as the heralded British Open, leading to a below-average field participating. With the tour demanding a larger purse for the event and subsequently requiring increased sponsor sales, a press-conference was scheduled in 1975 to officially pull the plug on the tournament. However, just moments before the press conference was scheduled to begin, the Quint-Cities Council of Jaycees, a group of local tournament supporters, stepped in and set the tournament on an entirely new path.

The Jaycees moved the tournament to Oakwood Country Club in Coal Valley, Ill. in 1975, at which point, Ed McMahon, emcee of  Johnny Carson’s Tonight Show, became the tournament host. Beman allowed the tournament to be played with a one-time $75,000 purse, which kept it afloat. Up until 1979, the tournament included stars such as Jerry Lewis, Bob Hope, Mickey Rooney, and Telly Savalas, thanks to its Pro-Am. 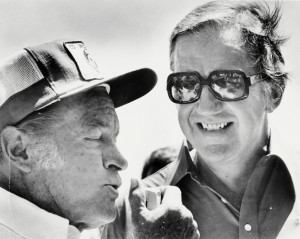 Ed McMahon with Bob Hope at the 1998 Quad Cities Open

In 1980, McMahon’s tenure ended, the stars faded, and the event again found itself in a precarious situation. In fact, in 1984, the tournament faced a do-or-die situation to the tune of a $140,000 debt. However, the community came through once again, raising $149,000 to save the event.

In 1984, the Tour insisted the tournament raise its purse from $200,000 to $300,000, and once again the tournament board appealed to various local cities and communities for tax donations to save a civic asset.

The first sponsors of the Quad-Cities Open were three men from Kewanee, Ill, who owned nine Quad-Cities area Hardee’s franchises; these ties led to the Hardee’s Golf Classic’s birth in 1986, a title held through 1994. The 1980 tournament featured a $700,000 purse, and was broadcast on Ted Turner’s WTBS cable station.

Despite some of the best fields in tournament history from 1990–1994, the Hardee’s sponsorship came to an end in 1994 and the search for new sponsorship began once again. The tournament was granted a five-year window to find a title sponsor in agreement with taking a backseat to the bi-annual President’s Cup event.

In 1996, 20-year-old Tiger Woods made a splash at the Quad-City Classic, nearly winning the event and creating considerable buzz around the tournament.

In 1997, PGA Tour commissioner Tim Finchem and Deere chairman and CEO Hans Becherer announced plans to build the Tournament Players Club Deere Run on the Friendship Farms property owned since 1928 by the ancestors of company-founder John Deere. One of the key elements in the deal included Deere becoming the official golf course equipment supplier of the TPC network of courses as well as the title sponsor of the John Deere Classic.

TPC Deere Run became the site of the John Deere Golf Classic in 2000, and Deere has since extended its sponsorship through 2016, making it one of the longest agreements on Tour. In 2006, the event received network exposure for the first time, bringing the event to new heights.

Since Deere has become the title sponsor, the event has featured two impressive records. Paul Goydos shot a tournament single-round record score of 59 in 2010, the same year Steve Stricker set an overall tournament low record score of 258 in four rounds. The score marked the second victory of Stricker’s remarkable three-consecutive finishes atop the leaderboard, which ended in 2012 when Zach Johnson became the new champion. 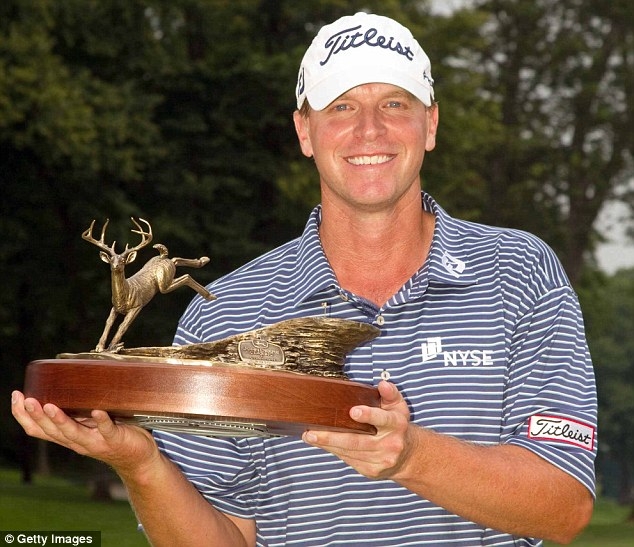 Each year the winner of the John Deere Classic receives a unique trophy created specifically for the tournament by renowned sculptor and jewelry designer Malcolm DeMille. The trophy is a custom-made fine art sculpture cast and finished in bronze that depicts a deer bounding across a fairway in front of an elevated green bordered by a stream. The leaping deer has been a part of the company’s logo for more than 170 years, and the golf course setting refers to the company’s major presence in the golf and turf equipment market.

The John Deere Golf Classic has experienced some hardships throughout its 40+ year history, but has since emerged as a highly-successful PGA Tour event and a staple to the Tour’s schedule a week before the British Open, offering a British Open exemption to the Champion.