Prior to its recent reveal at the National Farm Machinery Show, the name and accommodating features of the John Deere ExactEmerge planter had the agriculture industry on the edge of its seat, and for good reason. The ExactEmerge planter allows crop producers to double previous industry standard maximum planting speeds (about 5 mph) thanks to a number of new features. 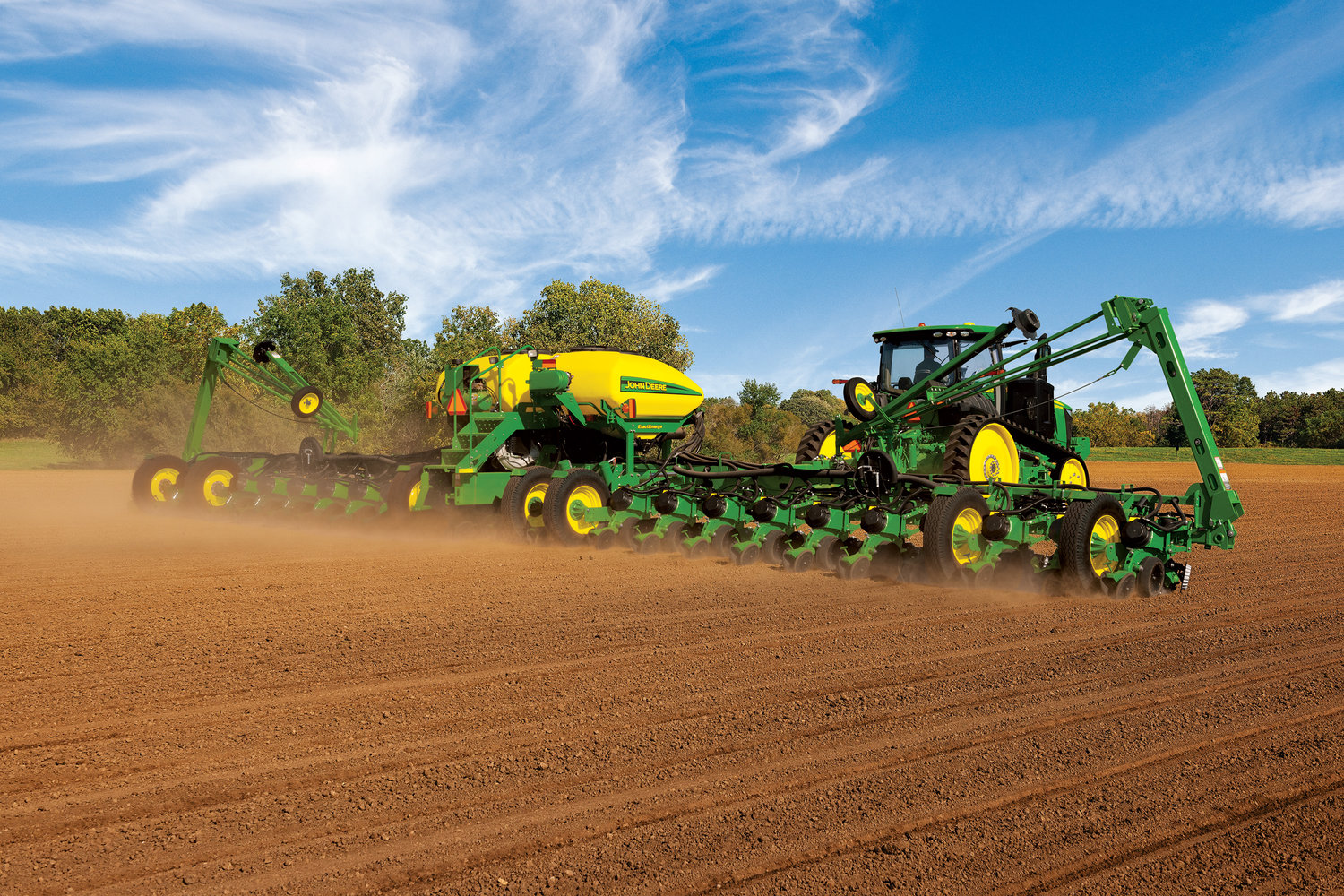 So, without further delay, let’s take a look at some of the features of the ExactEmerge that give crop producers the ability to deliver seed to the trench in a speedy, consistent manner.

Vacuum Meter Enhancement: The rigid bowl-shaped meter and brush-style doubles eliminator requires virtually no adjustment. The new design aims to provide a smooth seed handoff to the brush belt (which has replaced the seed tube). The ExactEmerge units are designed to process all seed shapes and sizes on any terrain with up to 15 degrees of slope.

Brush Belt Delivery System: The brand new belt delivery system does not need to be synchronized with finite meter speeds, allowing the meter to turn independently for the desired seed population as the delivery system matches the ground speed. This system, which controls each seed from the meter to the trench, then releasing it at the correct velocity, prevents normal bouncing and rolling into the trench that would normally happen at higher speeds.

The design also gets rid of the long gravity drop and retains the seeds in the brush, providing optimal spacing when stopping the planter in the field. The Fast Start feature removes skips in the field when growers go from start to stop, eliminating the need to back up to start planting.

Twin Electric Motors: The driving force behind the whole process. Each row unit includes two 56-volt electric motors, allowing rotation of the meter and brush belt systems independently. The electric motors are brushless, maintenance-free, and engineered to last the life of the average planter.

Compatibility: The ExactEmerge row units are compatible with 1775NT and 1795 model planters with central commodity systems in 15-in., 20-in., and 30-in row spacings for corn and soybeans. The SeedStar™ 3 HP system gives producers fingertip control of different planting functions and access to all planting data. SeedStar technology offers every bit of information for each seed that travels through the brush belt delivery system. Population, seed spacing, and seed singulation are all gathered and delivered to the SeedStar monitoring system. 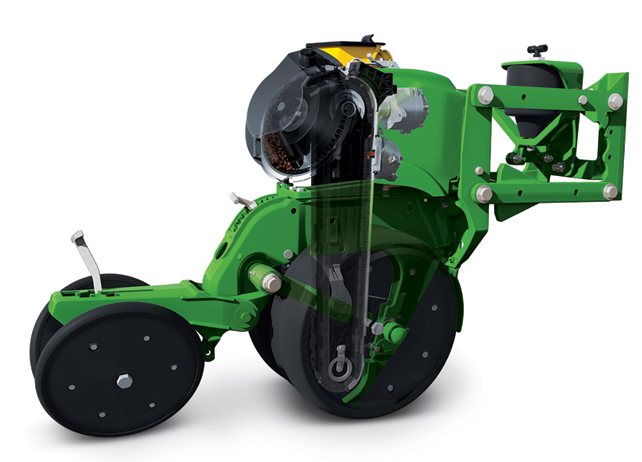 Each of these features have allowed John Deere to design the fastest planter to date, giving producers an opportunity to get their planting done despite shrinking planting windows. If you enjoyed this post, or want to read others, feel free to connect with us on Facebook or Google+!