One of the things we enjoy most about John Deere fans is their admiration and appreciation for the rich history of the brand. But, can you really blame them? The history of John Deere is a captivating story. 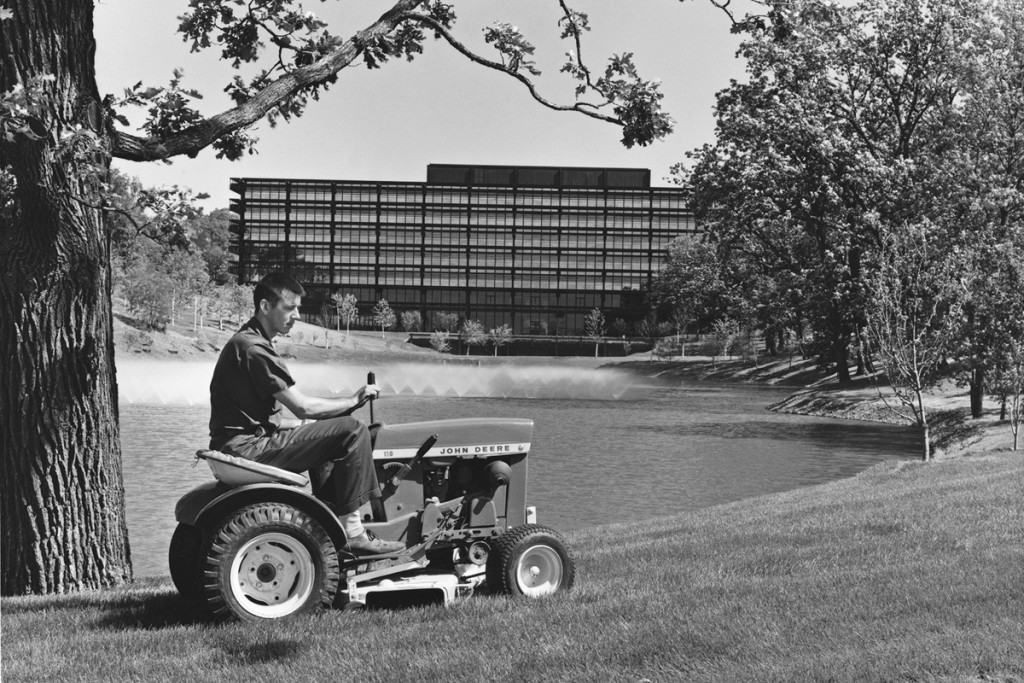 For this reason, we’ve put together a video gallery highlighting some of the most memorable and historical John Deere events and milestones. Let’s jump back in time to August 20, 1942 in Waterloo, Iowa.

Out of the Vault: Army Navy E Award

It was the summer of 1942 in Waterloo, Iowa. This is when high-ranking officers of the Army and Navy gathered to present Deere & Company officials with the prestigious Army Navy “E” Award for excellence in war production. The crowd was made up of more than 4,000 employees of the two John Deere plants in Waterloo who were excited to witness the presentation of the award – the first of its kind – to Deere & Company.

The governor of Iowa, George A. Wilson, congratulated Deere & Company on the honor. The company president, Burton F. Peek, accepted the award along with Mr. Alfred Daugherty, employee representative.

Out of the Vault: “From One Anvil”

How have the introductions of new John Deere products changed over time? In the past, Deere & Company would leverage promotional films to introduce products or celebrate historic milestones, much like videos produced today. This clip is from the 1960 film “From One Anvil,” which was presented as a sequel to “Blacksmith’s Gift,” a film made in 1937 to mark the company’s centennial.

The original film, “Blacksmith’s Gift,” told the story of how John Deere made the steel plow and its significant impact on the industry. Premiering in 1937 in Moline, Illinois, it was the first John Deere Day film and starred a well-known actor of the day, Monte Blue. Watch the footage for yourself in this clip.

Out of the Vault: Deere Day in Dallas

Here’s another example of the historical promotion videos that John Deere would create and use to introduce new products. 6,000 people poured into an auditorium, anticipating important John Deere news that would forever change their business lives. Watch this video to hear John Deere’s 6th president, William Hewitt, announce the New Generation of Power tractors during Deere Day in Dallas, August 1960.

Out of the Vault: Fanggs Bucket Tooth Design

How much do you know about Fanggs? Fanggs was John Deere’s introductory contribution to the bucket tooth market. In this video, Wade Ellett of the John Deere historical archives explains the history of Deere’s bucket tooth design and tells the story of the inventor, Ron Fellner.

Out of the Vault: Profits on Wheels

It’s 1962 – Deere & Company is marking its 125th anniversary. John Deere created this film to highlight the growing Industrial Equipment division. At the time, the new Deere & Company Administrative Center in Moline, Illinois (eventually becoming the World Headquarters) was under construction.

Here’s a brief overview of what was happening during this time to get you up to speed:

Out of the Vault: Industrial Tractors

This film was originally created in 1958 to showcase the emerging Industrial Equipment product line, which eventually grew into what is the John Deere Construction & Forestry Division today.

In the fall of 1957, Deere & Company was certainly changing. William Hewitt settled into his third year as chief executive and John Deere’s six-row planters and cultivators hit the market. The company had purchased additional land for a new headquarters building in Moline, Illinois and goes global – moving into Argentina, France, Germany, Mexico, South Africa, and Spain.

We hope you enjoyed reminiscing on some of these historic John Deere events and milestones! Comment below with some of the John Deere moments that hold dear to your heart.