The John Deere 1870 Air Hoe Seeder includes a variety of core features for precision placement and depth, and pressure control. But, one of the most exciting features is the Relative Flow blockage system that lets operators monitor the relative flow rate of seed and fertilizer right from the cab. 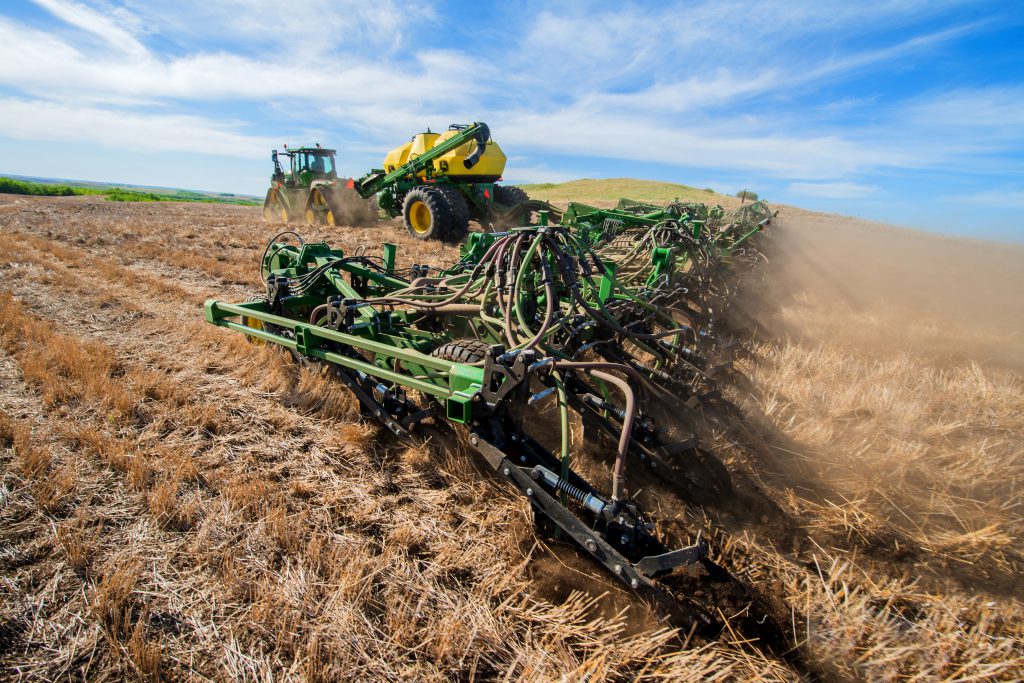 Unfortunately, blockage in the air hoses happens periodically. When a problem develops, having the ability to catch these blockages early will ultimately help prevent a small problem from turning into a larger one. Relative Flow blockage from John Deere allows customers to monitor seed flow from one essential page.

After watching the video below, you’ll be able to use the information displayed on your Relative Flow blockage screen to monitor blockage levels on the drill.

We’ll highlight some of the key features and uses in the information to follow.

As a blockage begins to develop in the primary, the outer ring will decrease indicating a blockage in the airflow to that tower. The secondary bar (below that icon) will also begin to decrease.

As a blockage continues to increase the outer ring will continue to decrease to the point where the primary is fully blocked. At this point, the center of the primary icon will turn red alerting the operator of a total blockage.

You can see the Relative Flow blockage system gives a great view of what is happening from the cart to the opener to spot problems before a blockage occurs. Now, you are able to use the information displayed on the blockage screen to monitor blockage levels on the drill.