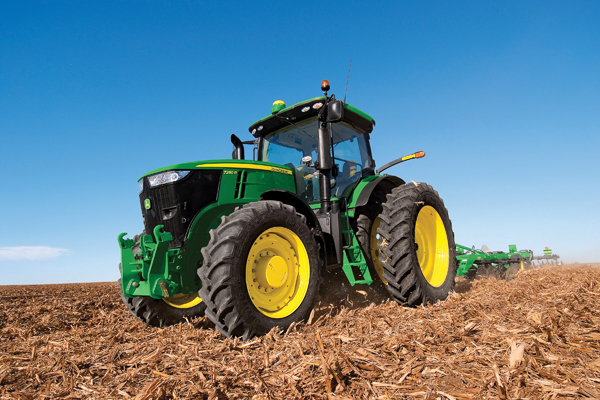 Though many Americans are familiar with the John Deere brand, its iconic green and yellow farm equipment and the jumping deer logo, there are a number of facts that may escape even the most ardent supporters.

As the company is celebrating is in the midst of its 175th anniversary celebration, it may help for fans of John Deere to learn a few things about the iconic brand.

Although many fans of the company may view John Deere as a midwestern business, the founder was not born in this region. He emerged into the world in Rutland, Vermont, on February 7, 1804 and it was not until 1836 that he moved to Grand Detour, Illinois. Already an established blacksmith, he left the Green Mountain State for the midwest in order to escape bankruptcy.

His experience came from a four-year apprenticeship served under Marries Demarius Lamb and he worked in Vermont for several years. It was upon entering bankruptcy that he left his pregnant wife and four children to go to Illinois, where he would establish a home for his family.

Only a year after arriving in Grand Detour, John Deere developed the first commercially successful self-scouring plow. By 1841, he was making 75 plows a year and within another seven years, he enacted a partnership with several local businessmen.

During the next several decades, John Deere took part in several events that became well-known in the region. In 1854, he served as the chairman of the Rock Island County Whig Party convention, and the same year he helped to organize the Moline Property Protection Society in an effort to protect the assets of local citizens.

His efforts to protect his community continued, as in 1855 he led a movement to bring a fire engine to Moline after putting out a fire on the Rock Island Bridge. It was at this site, three years later that he and other abolitionists broke up a meeting of supporters of slavery.

John Deere set up the first bank in Moline in 1863, and got his first patent in 1864. The founder of the company then suffered the tragic loss of his wife in 1865, and subsequently married her younger sister a year later.

He incorporated the company in 1868 and then was elected as the mayor of Moline, Illinois, in 1873. Between this time and his death in 1886, at age 82, Deere spent his hours working on new products, helping his town adjust to the rapid progression of society in the midwest and helped his family take over the business.