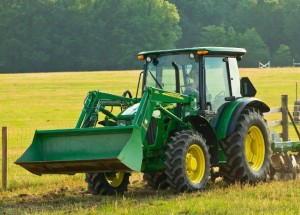 The U.S. is developing new ways to improve the existing information about land resources and how land resources are used. This which will be necessary as the demand for food and biofuels continues to rise, says Agriculture Secretary Tom Vilsack.

Vilsack recently sat down with the Bloomberg for an interview, where he stated that the global demand for food, coupled with America’s need to increase trade and adopt more alternative fuels, will force U.S. agriculture producers to not only step up to the plate, but also identify more uses for individual crops.

“We’re not utilizing our landed resources as much as we could,” he said. If the U.S. agriculture industry can derive more productivity from the land through innovative and efficient crop rotations, it would “actually aid conservation, conserve water” and “restore the soil”, he added.

Producers could also create new feed stocks that could be used to generate energy, and develop bio-based products that would “take some of the pressure off of corn,” the country’s largest crop that is the primary ingredient in ethanol.

According to the most recent USDA forecasts, this year’s corn harvest could be the worst since 2006 due to the drought – the worst in five decades – that hit the nation’s biggest growing region. Information about land resources claim two-fifths of this year’s corn will be used to produce ethanol.

According to Bloomberg, Vilsack said that the current environment in Congress may make it difficult for the farm bill to pass, leaving producers up in the air over which crops to plant this year.

“We’re actually expecting people who haven’t been able to make the tough decisions for the last two years to come back in a relatively short period of time” to make decisions on the bill, he said.

“This makes it much more complex and much more difficult to get the focus and attention and the time necessary.”

If the farm doesn’t pass, the nation’s agricultural laws will fall back on those passed in 1949, while dairy farmers will lose their subsidies in the next week. In time, all legislation would revert back to that which was passed in the 1940s. This would give the secretary of agriculture far more power, a thought to which Vilsack equipped “frankly, I don’t think anybody wants that.”

According to the Argus Leader, Vilsack also recently expressed his concern that deeper cuts could be added to the bill before it will be passed by the House of Representatives.