Home Agriculture The Legacy of John Deere’s Tagline: Nothing Runs Like a Deere

Establishing a lasting legacy isn’t always easy, but it’s certainly not impossible. Take the famous John Deere slogan, for example, which has managed to maintain its powerful presence throughout history. It could simply be luck, or it could be a result of 180 years of quality products, innovation, and value that the company has always offered. 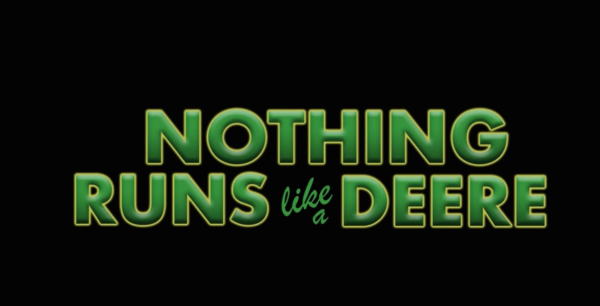 Since it was founded in 1837, John Deere has made many revolutionary changes to the business, products and services, and the equipment industry as a whole. Although the company has grown, it has always stayed true to its core values – integrity, quality, commitment, and innovation. This commitment is what distinguishes the company in such a competitive marketplace and drives higher levels of performance.

The Legacy of the John Deere Slogan

When reflecting on these significant milestones, one, in particular, comes to mind: the John Deere slogan, “Nothing Runs Like a Deere.” Believe it or not, this tagline didn’t always exist. In this article, we’ll explain how this tagline came into place and what makes it so special.

In this video, you’ll have a chance to reminisce on the famous John Deere slogan, which is used for everything from advertising and marketing to publicity and promotion of products and services, and learn more about where it came from.

In 1971, the iconic slogan was launched to demonstrate Deere’s commitment to excellence. In 1978, Deere allowed its now famous tagline to appear on the back of snowmobile helmets. These helmets were one of the first licensed products to incorporate the tagline that had previously only been used in advertising material.

If you’re interested in learning more about the background of the tagline, we recommend checking out the book “The John Deere Way”, as it explains the first snowmobile advertisement ever published and how it incorporated this fresh, new company slogan:

“Power? John Deere has what you want in your choice of two models, 339 or 436 cc. And we’ve got something else no other snowmobile offers: Your hometown John Deere dealer with service, parts, and experience to keep you on the trail. See him and he’ll show you why…Nothing Runs Like a Deere.” 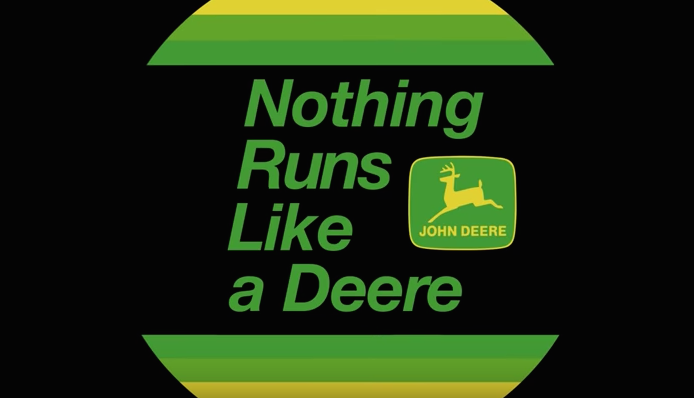 According to Neil Dahlstrom, John Deere’s manager of Corporate Archives and History, the tagline was almost never brought to light. When the idea was first drafted and proposed, it was discarded before being shown to Deere because it was seen as too silly to represent the company.

Once it was revealed to Deere’s advertising team, the concept immediately stuck and remained the focus of marketing effort for the snowmobile line from 1971 to 1974. Although Deere eventually stopped making snowmobiles in 1982, the tagline maintained its presence and expanded across the company. The “Nothing Runs Like a Deere” slogan was adopted by the lawn equipment division shortly after, and later spread throughout the entire company.

As time passes and the company continues to grow, these foundational milestones that helped shape the brand will likely become less frequent. However, the John Deere legacy that inspired the “Nothing Runs Like a Deere” slogan remains stronger than ever.

If you have any questions about any of John Deere’s equipment offerings, you can contact your local John Deere dealer.