These days, individuals can indulge in their passions through a wide array of content, with audio continuing to grow in popularity. Podcasts cover an extensive range of topics, including, but not limited to, agriculture, construction, and forestry. Now, John Deere fans have a new series they can check out to get their fix on all things related to the brand and life out in the fields: “On Life & Land.” 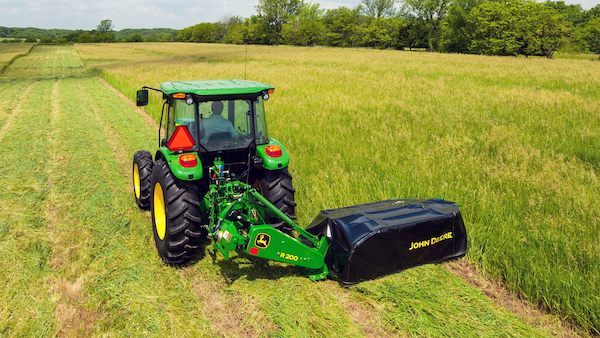 The Furrow Magazine, a print and web-based publication, has launched the new podcast series to give its fans an opportunity to share their own stories, which often relate to John Deere and/or agriculture.

Finding a Niche in the Podcast World

The Furrow Magazine had established a presence in the world of print and on the web, so why turn to podcasting to reach audiences with new content?

David Jones, manager of agriculture publications at John Deere, says the idea of doing podcasts was something suggested to him by The Furrow editorial team, but it wasn’t until last year that the company decided to run with the idea.

“It feels like as a medium, [podcasting] only came into its own in the last three years,” said Jones. “For sure, [the success of other podcasts] is something that we’ve been paying attention to.”

Jones went on to say that one of the highlights of podcasting is that it naturally lends itself to telling stories. Furthermore, unlike most articles, podcasts are not limited to a certain length or word count.

The very first podcast released as a part of the series was titled, “The Great War: Ag in the Aftermath,” debuting on Veteran’s Day 2018. Since its initial success, new episodes have been added to the series every two weeks. The Furrow Magazine makes its episodes readily available on The Furrow website and Homestead Magazine website.

The two most recent podcast episodes feature interviews with Colleen Gerke and Neil Dahlstrom. Gerke is a former Deere employee who started the Jowler Creek winery in Platte City, Missouri, and Dahlstrom is the manager of the John Deere Archives in Ease Moline, Illinois. In his interview, he dove into the origins of The Furrow Magazine and Deere’s debut into content marketing, dating back as far as the 19th century.

Additional topics that “On Life & Land” has covered have centered on a small dairy farm that became a successful farm-to-market business and agriculture law.

Listen now to “On Life & Land” at Apple Podcasts or Google Podcasts.

If you have any questions about the John Deere equipment, you can contact your local John Deere dealer.