John Deere has an unbelievable amount of fans that show their support in all kinds of ways,  in fact a big following has picked up on John Deere model airplanes. Not only do these models appeal to John Deere enthusiasts, but also to model plane collectors everywhere. While many of them do not fly and are made of die-cast metals, these highly collected models can sell for a pretty penny.

The model above is a scaled replica of the F-16 Fighting Falcon, which was developed by General Dynamics for the United States Air Force in 1976. It was originally designed as a lightweight day fighter, evolved into an all-weather, multi-role aircraft.  Since its beginning, over 4,400 aircraft have been built, and they are still flying to this day! 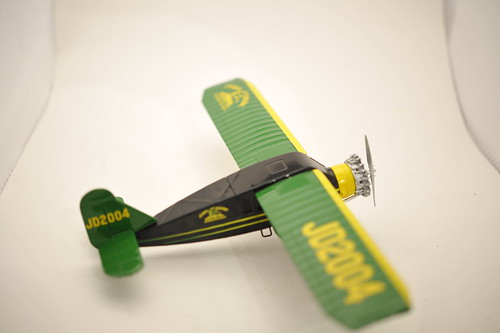 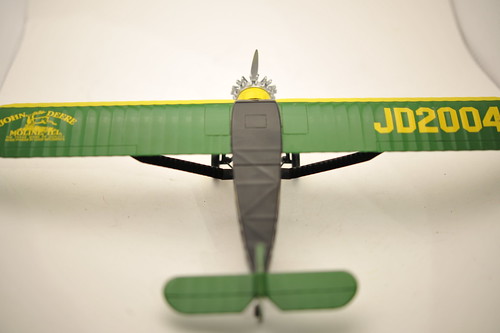 The Bellanca CH-400 was developed as a utility aircraft for the United States in the 1930s. There were only 32 ever built, two of which were used for radio reserch and one was outfitted as an ambulance aircraft for the US Marine Corps complete with stretchers and all.

Pretty neat pictures and concepts for a flying green machine. We wouldn’t mind seeing one of those in the air soon.  Let us know your thoughts in the comments section below!