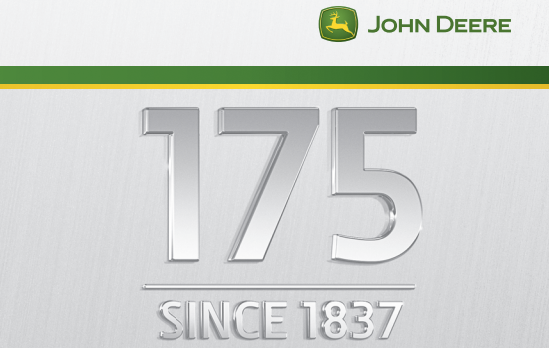 John Deere company history began in 1837 when a blacksmith named John Deere set out to create a company built on integrity, quality, commitment, and innovation. The core values he inset drove John Deere & Company to become more than just a manufacturer of agricultural equipment, but an industry icon that is known around the world. His core values continue in the company today, determining everything from the quality and work, to the treatment of the customers.

This year, John Deere company history reaches its 175th anniversary. 175 years of growth, changes, and hurdles that the company has pushed through. What began in a blacksmith shop in Grand Detour, Illinois has grown to become one of the world’s most admired businesses.

The history of John Deere is a fascinating story, and one you can fully explore on a timeline on the official John Deere website, but let’s take a moment and look at some of the key periods that have made John Deere what it is today.

1837
Deere opened a shop to repair and manufacture small tools, as well as a polished-steel plow that allows farmers to cut through the sticky Midwest soil. 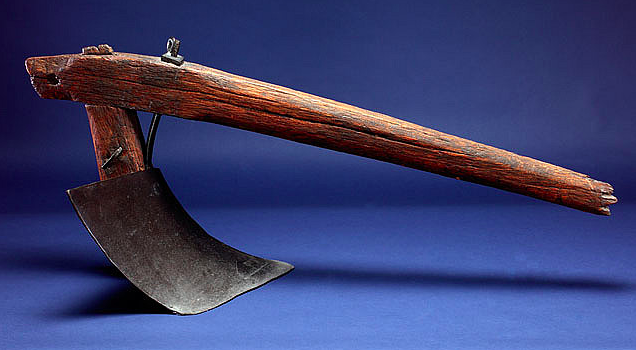 1843
Deere entered a partnership with Leonard Aldus and purchased land for a new factory.

1848
The company moved to Moline, Illinois and ended the partnership with Leonard Aldus.

1858
Due to a financial panic, John Deere sold his interest in the company to his son, Charles Deere, and son in law, Christopher Webber.  His son Charles also took on most of his father’s managerial roles.

1868
After 31 years as a partnership or single proprietorship, the concern was incorporated under the name Deere & Company

1886
John Deere died at the age of 82 and the presidency was passed to his son, Charles.

1912
The company began to expand into the tractor business by experimenting with its own tractor models.

1933
With business almost at a standstill, the company decided to carry debtor farmers as long as necessary, greater strengthening farmer loyalty.

1943
Deere made military tractors, ammunition, aircraft parts, and cargo and mobile laundry units during the war.

1971
“Nothing Runs Like a Deere” advertises snowmobiles, a new product of the John Deere Horicon Works. The slogan has lasted far longer than the snowmobile line, and is still used today.

2002
Business Ethics magazine named John Deere one of its 100 Best Corporate Citizens for 2002. Deere is also voted the most trusted Illinois company.

Now that you’re all caught up on John Deere’s rich 175 year history, take a moment and let us know what surprised you the most. Was it that they originally made small equipment and plows before diving into the tractor business?  Or that the slogan “Nothing Run Like A Deere” originally came from advertising snowmobiles?  Leave a comment below with your favorite part, or let us know on Twitter or the MachineFinder Facebook Page!