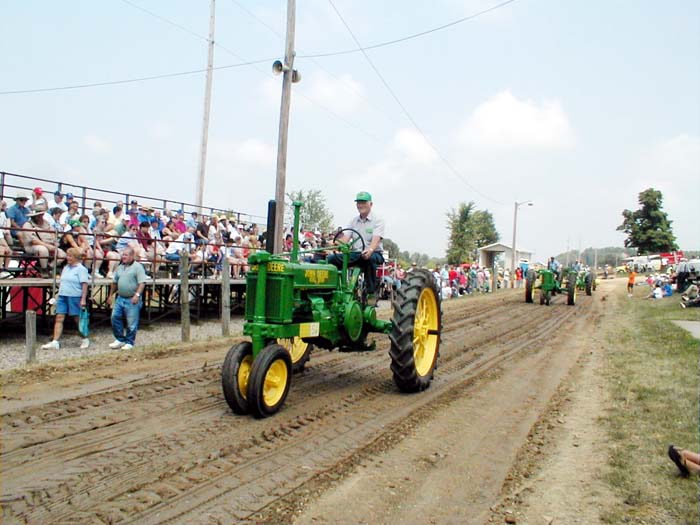 A long-time farmer in Buxton, North Dakota, has been helping Peruvians living in poverty lead a better life, putting his tractor driving skills to good use, the Fargo-Moorhead Forum reports.

According to the news source, Don Dufner, who also goes by “Mr. John Deere”, has let go some of his most cherished antique John Deere tractors, which will now be used by the mission of Reverend Jack Davis in Chimbote, Peru. At nearly 75 years old, Dufner has been growing wheat, peas, flax, oats and edible beans for decades, and has stuck to using his favorite John Deere agricultural products from his youth for all his projects.

More than a hobby
What started off as a boyhood interest in the green tractors has bloomed into a lifelong love of John Deere products. At every Western Minnesota Steam Threshers Reunion in Rollag, attendees wait for and celebrate the arrival of Mr. JohnDeere, and he is a regular appearance at tractor pulls throughout the region. One of his most highly anticipated tractors every year is the “830 Special” – a machine made of three John Deere tractors.

Another staple is his John Deere tractor that has been outfitted with an aircraft engine.

According to the news source, Dufner did concede that some of his tractors were simply too special to keep going out in the field. This led him look at his fleet and decide what he could do with some of his unused machines. After visiting Father Jack’s mission in Peru in 2007, he felt he could make a difference.

With only two tractors in town, he saw a need for the reliable power of a John Deere tractor.

“If they had an old John Deere there, I would have gone to work on that real fast,” he said.

In the end, Dufner sold two of his most-prized machines, and asks the buyer to make the check out to Father Davis.

“It gives me a good feeling,” Dufner said. “There are other things I could have bought with the money, but this is more satisfying.”

John Deere made several tractors that have become icons over the years, including the John Deere model B. According to Retired Tractors, B was made in both an “unstyled” and “style” model.