On an annual basis, John Deere agricultural customers and enthusiasts anxiously await the announcement of the next product line. Well, that time has once again come and gone, and we are here to serve up a quick recap of what was unveiled. From new track tractor models to tillage technology, there is certainly a lot to be excited about heading into 2016. 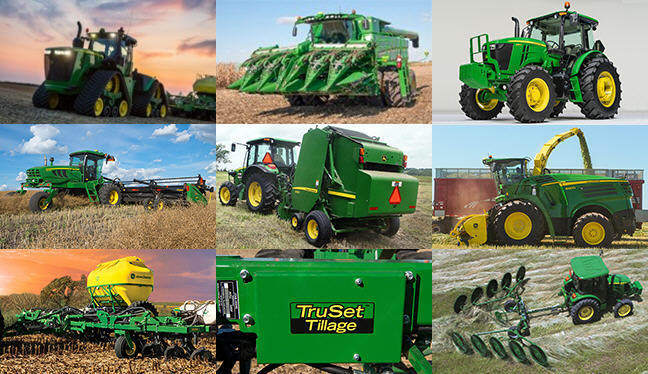 Let’s take a closer look at these new 2016 John Deere products and learn what kind of value each has to offer. 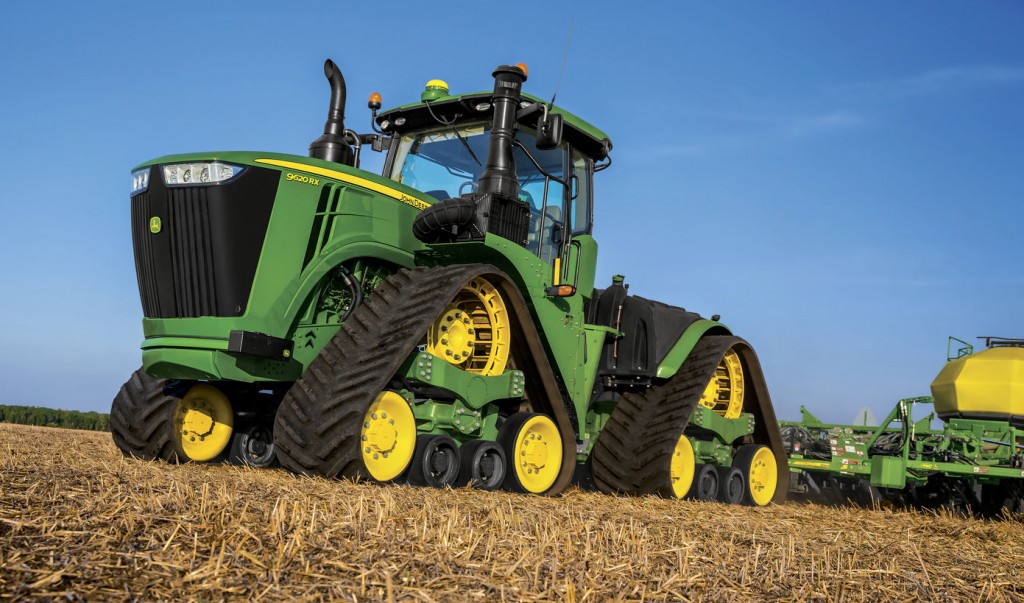 Adding to the 9R/9RT Wheel and 2-Track Tractor options, Deere announced the all new 9RX Series 4-Track Tractors (9470RX, 9520RX, 9570R, 9620RX). Built on Deere’s 20 years in the rubber-tracked tractor business, these models range from 470 to 620 hp, using the same sealed cartridge mid-roller design that has been effective on the 2-Track tractors. The Camoplast Duradrive 3500 and 6500 Series Tracks keep the 9RX glued to the ground, allowing operators to make quick work of high-torque applications. 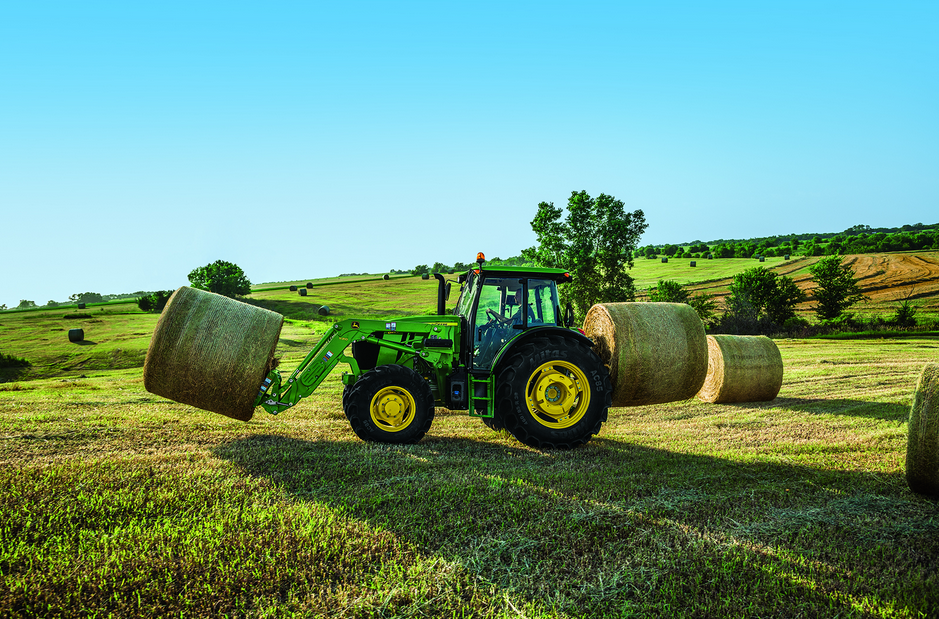 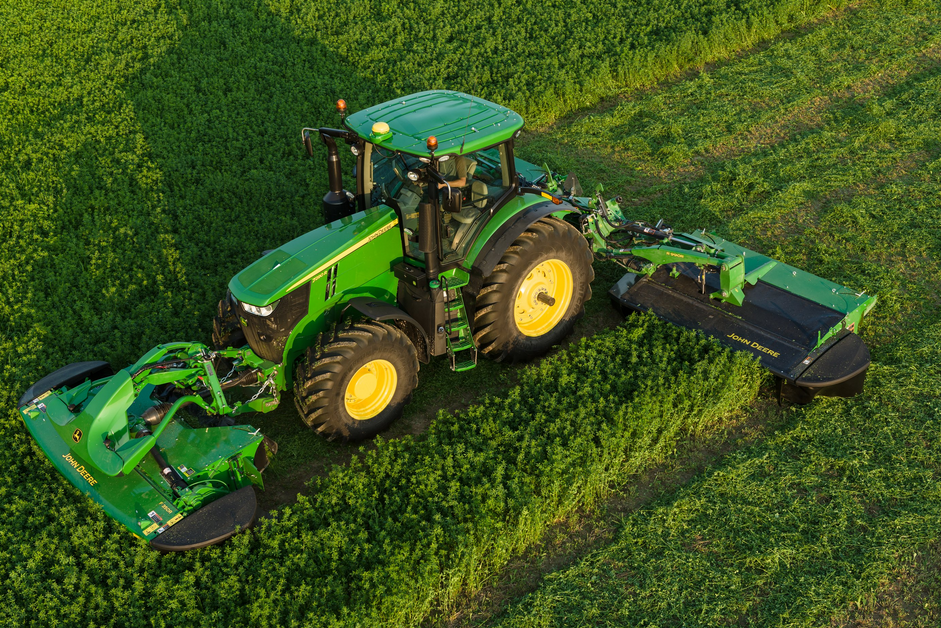 Model year 2016 offers two new front-mounted mower-conditioners (F310R, F350R) and three triple-mounted mower-conditioner models (R870R, R950R, and the R990R). The R990R is the largest to date, with a cutting width of 9.9m. AutoTrac capabilities can bring productivity to new heights while the front mower redesign keeps operators on the mark when they aren’t using AutoTrac. 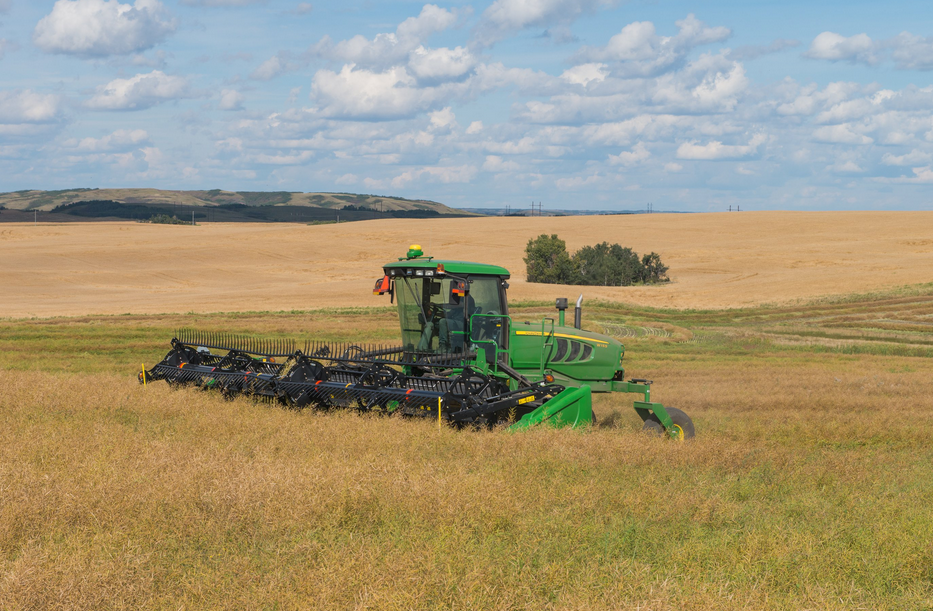 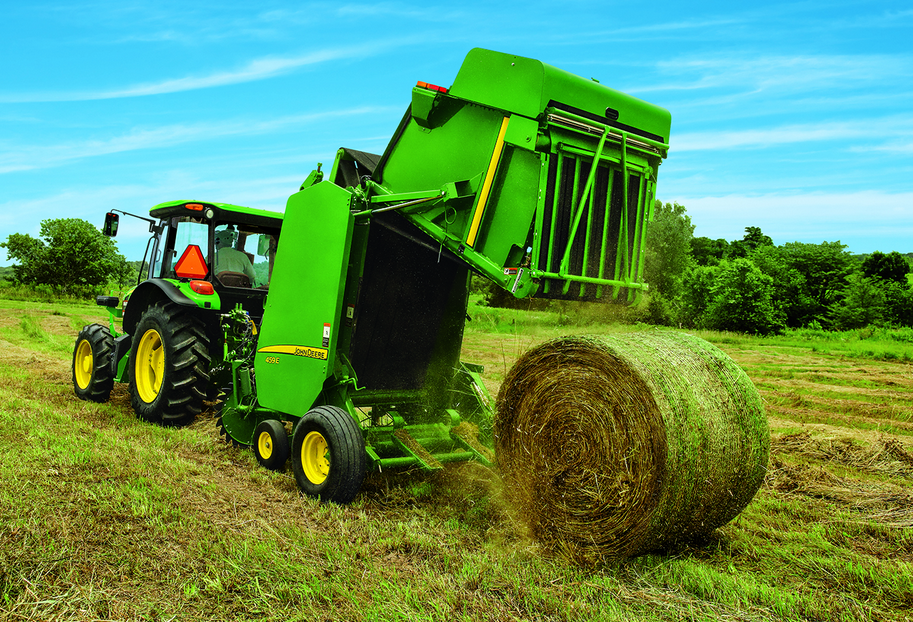 Deere announced that the 459E Round Baler will be offered in North America for model year 2016. The balers have “net only” (edge-to-edge netwrap system) and “twine only” (electrically actuated, double-twine system) options, and both come with the BaleTrak Pro Monitor. Other features include six self-cleaning belts, optional gauge wheels, gathering wheels and bale ramp. 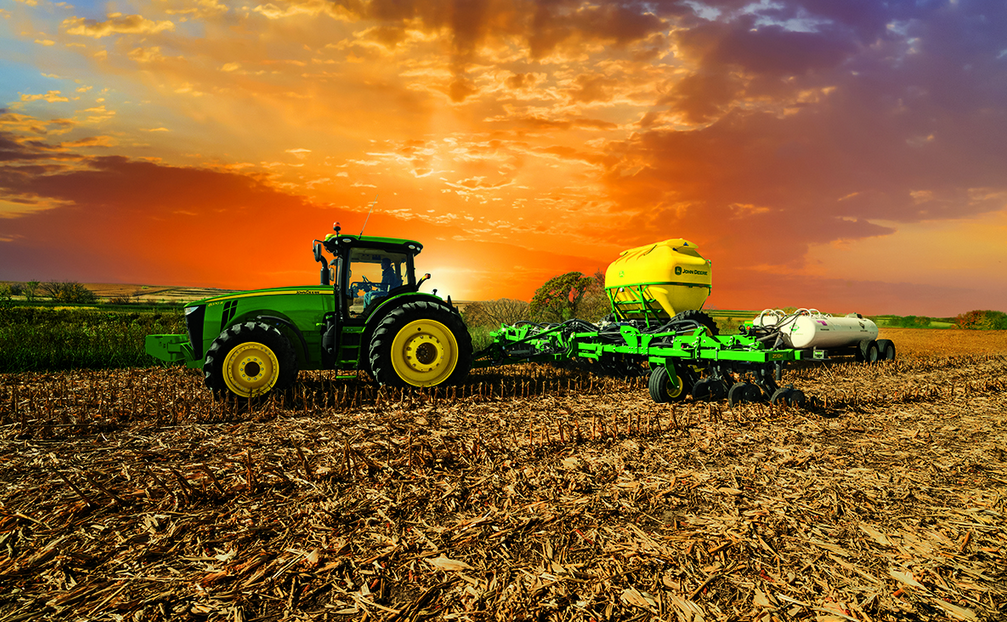 The 2510H High-Speed Applicator now has a dry nutrient application option in addition to NH3. This will allow producers to increase yield, save time and cut costs in their nutrient application plans. The attachment can apply nitrogen, phosphorous and potassium when needed to feed crops when they need it. 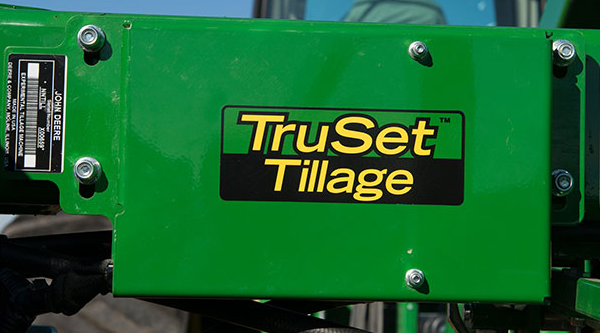 Thanks to John Deere TruSet, operators no longer have to sacrifice productivity for agronomic performance. Paired with the 2730 Combination Ripper, TruSet enables operators to adjust the implement from the cab on the go in just six seconds. TruSet allows the operator to responds varying soils, compacted areas, heavier residue and moisture, easily making adjustments as needed. 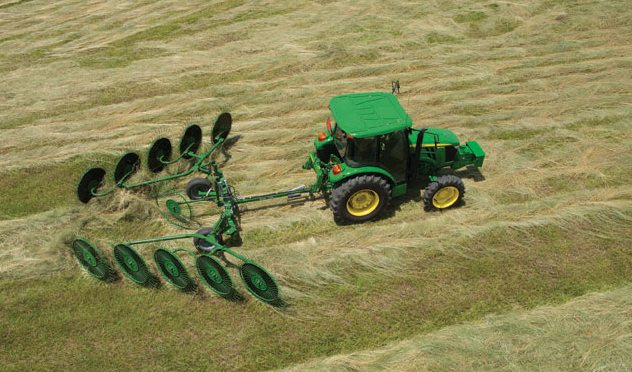 The high ground clearance and wide wheelbase design of the WR00 increases productivity across varying terrains. The eight, 10 and 12-wheel configurations include dual-spring rake arm suspension, heavy wheel tines and a number of other features that increase life. 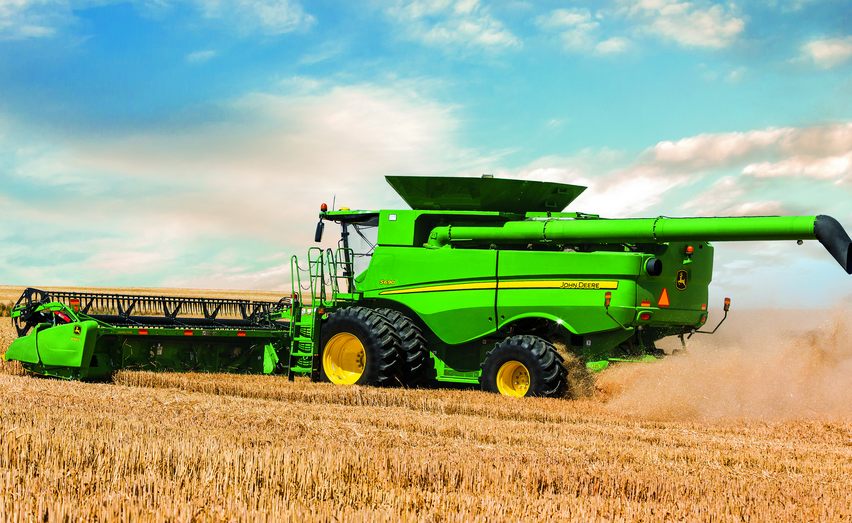 Deere announced front-end equipment updates to their S-Series Combines that aim to provide added value and better machine performance regardless of the crops and conditions. The 600FD HydraFlex™ Drapers, 612FC Folding Corn Head, Dyna-Flo™ Plus cleaning shoe and Active Terrain Adjustment™ system were targeted in this round of updates. 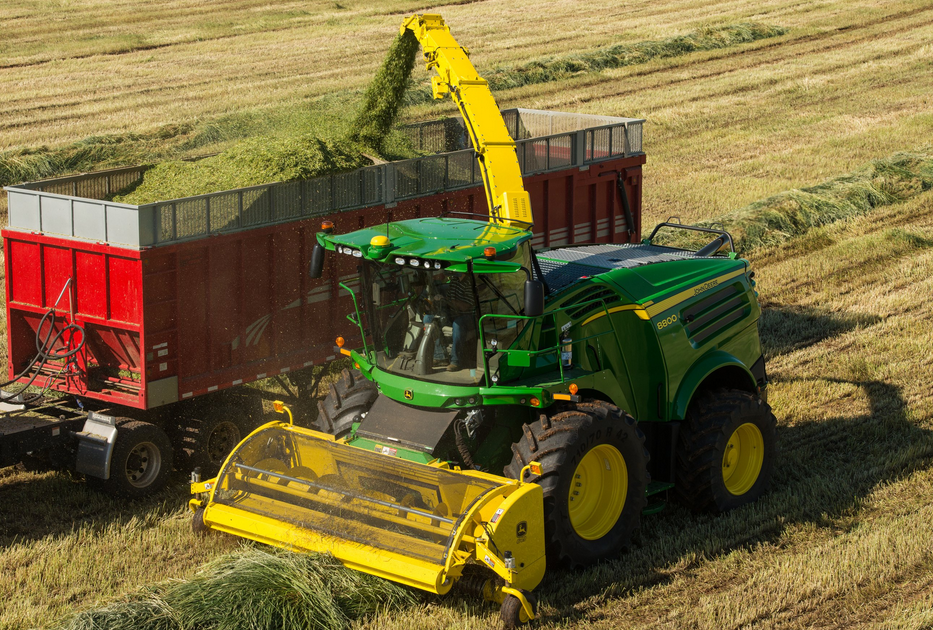 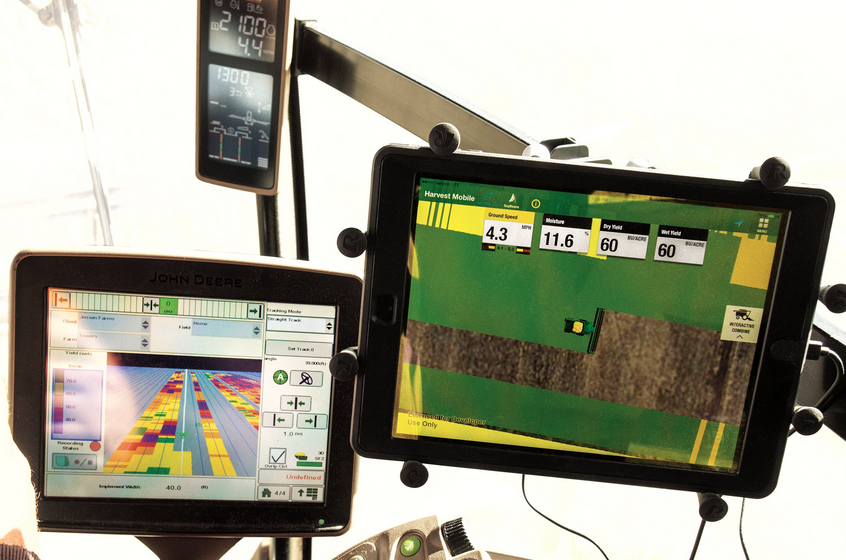 The 2016 John Deere products are designed to bring productivity to new heights as demands rise. Hopefully, this post will get Deere fans excited for 2016 and offered some valuable insight into what’s new from John Deere.