The Bethesda Premiere Cup is the last event of the season. It’s ultimately the last hurrah, and then the grounds team puts their fields to bed. More than 300 college coaches attend for both the women’s weekend and the men’s weekend, offering players a chance to get noticed by their college of choice and maybe even get a scholarship. 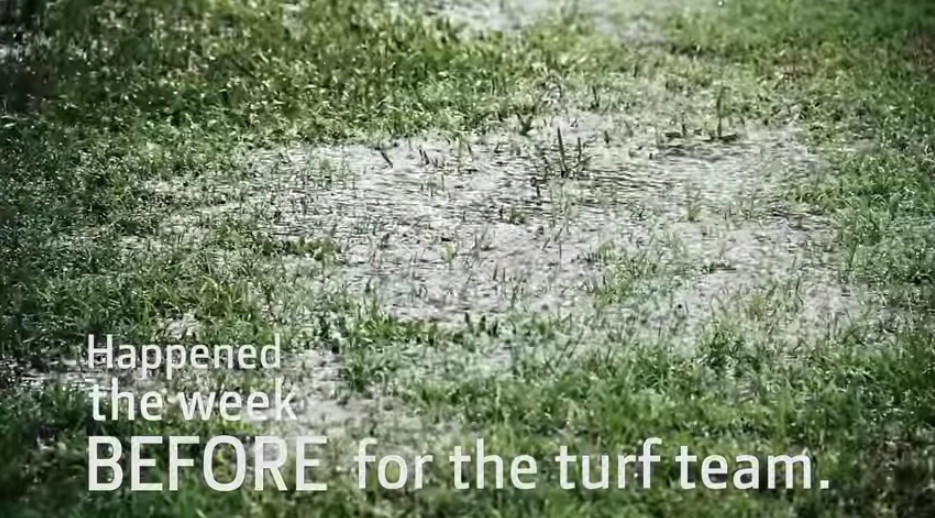 The Maryland SoccerPlex has a story that we want to share with you. You know, just for kicks. Watch these videos and see why John Deere turf equipment is trusted by one of the best.

Did you know that the real action at the Bethesda Premier Cup happens the week before? For the turf manager and his crew at least. Watch this video to get a sneak peek into what took place.

Ryan Bjorn, director of grounds at Maryland SoccerPlex, says, “If this field could talk… it would say ‘why do you use me so much?’ But… that just means we are doing our job.” The grounds team has a lot of stuff that they need to get done a week prior to the Girls Bethesda Premiere Cup. Luckily, they have a lot of John Deere turf equipment that allows the team to do more in less time.

One of the biggest challenges they face is being able to maintain the quality of the field, while still being able to use them as much as the players and teams want to. People might be surprised to know that in order to keep the John Deere turf equipment running at the Maryland SoccerPlex, the grounds team has a maintenance agreement with the local distributor. The maintenance team is on site on a very regular basis to make sure that the machines are serviced and running sharply.

There is no question that grounds teams benefit from leveraging John Deere turf equipment. So, lease or buy? That’s the real question at hand. Find out why The Maryland SoccerPlex leases their fairway units and mowers.

On the cool season field, Maryland SoccerPlex maintains a 1 inch grass height in the spring season and 1 inch in the fall season. Then, in the summer they typically raise up to 1.25 or 1.50 inches. Find out what turf equipment the grounds team uses to cut its cool season grass fields and where they turn to mow their common areas.

Find out the strategy behind the Maryland SoccerPlex stadium and Bermuda grass fields. If you’re interested in learning where the grounds team turns to in order to mow it’s stadium field with the best precision, look no further!

We hope you enjoyed watching the story of The Maryland SoccerPlex and got some inspiration and ideas for your own fields. If you enjoyed this post or want to read others, feel free to connect with us on Facebook, Twitter or Google+!