After 308,448 cans of food were neatly stacked at the John Deere Pavilion in Moline, Illinois, John Deere entered the Guinness Book of World Records. The record was for the largest sculpture ever created from canned foods. Although breaking the record was appreciated, the real victory was contributing to a local community in need. The following are images that depict a great architectural and civil achievement. 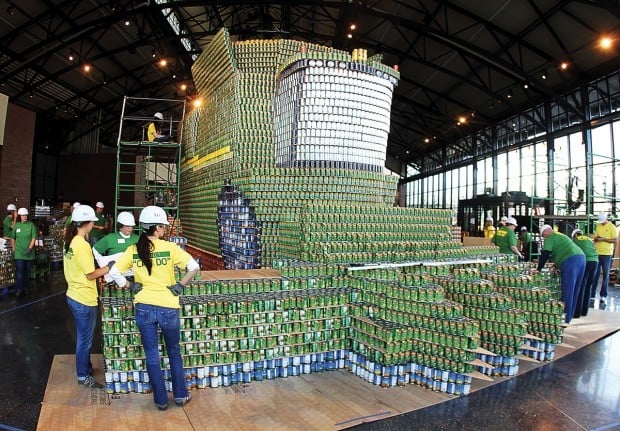 The John Deere machine replicated was the S-690 Combine, which is the world’s most powerful combine, with the ability to harvest more than 350 acres of grain a day. The end result of this project was a 60-by-80 foot sculpture that weighed 170 tons. The purpose for this construction was to show appreciation to the farmers of America that assist feeding our nation. 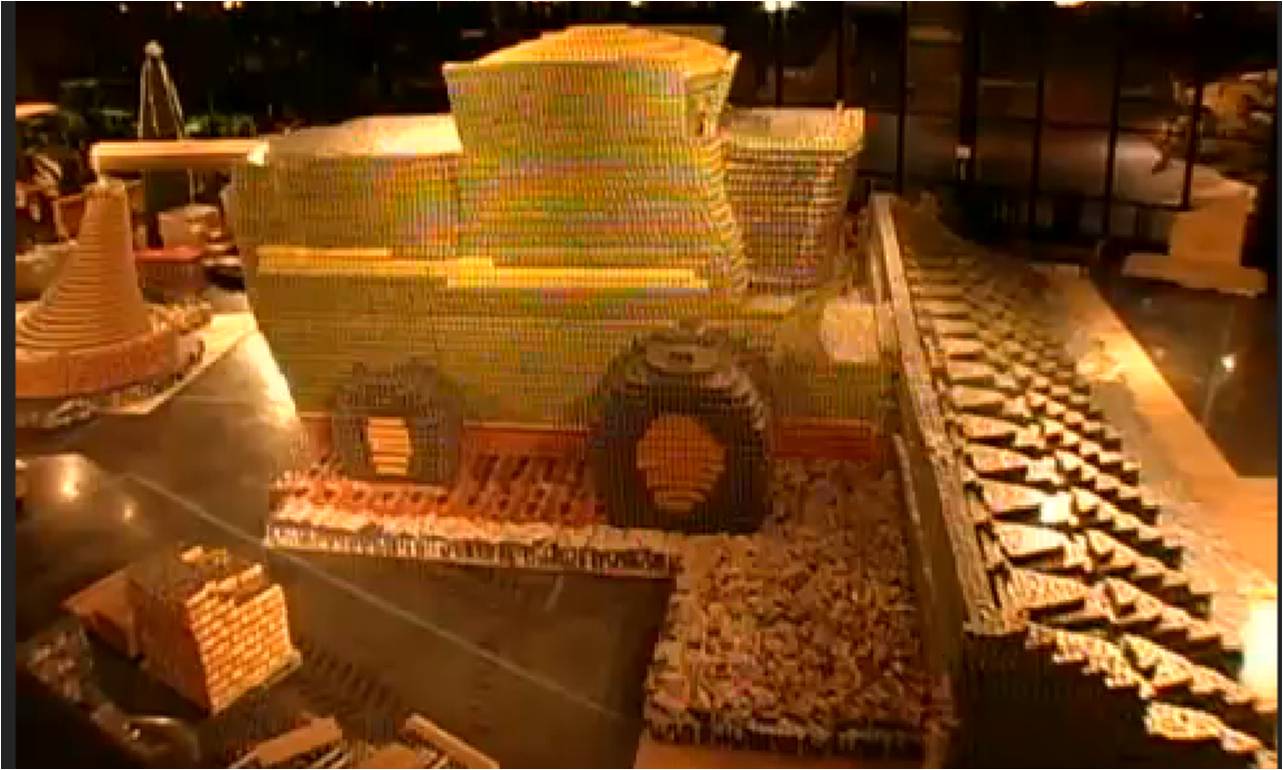 The following is great video that shows how the entire project came together. In this time lapse video, you can witness the hard work and organization that went into this record breaking project.

John Deere was thrilled about breaking the Guinness Book record, but helping those in need was the biggest achievement at the conclusion of this project.

Nicole Schneider, project manager for John Deere Ag & Turf Division said of the project, “John Deere is actively involved in many efforts to help eliminate world hunger and supports agricultural development for sustainable food supplies and economic growth in rural America, cities and developing countries, Project ‘Can Do’ is a timely, unique opportunity to draw greater attention to the vital role of farmers and the growing demand for food.” 450 volunteers worked for a total of 1,800 hours in a span of 5 days to assemble the replica,  the hard work paid off as a record was broken and a great act of community service was achieved.