Each year, John Deere seems to provide bigger, stronger, and more efficient row-crop tractor models than the years before. This powerful innovation began in the late 1950s and during a two-decade long stretch, the company made significant strides in power and performance that built a foundation for the future. 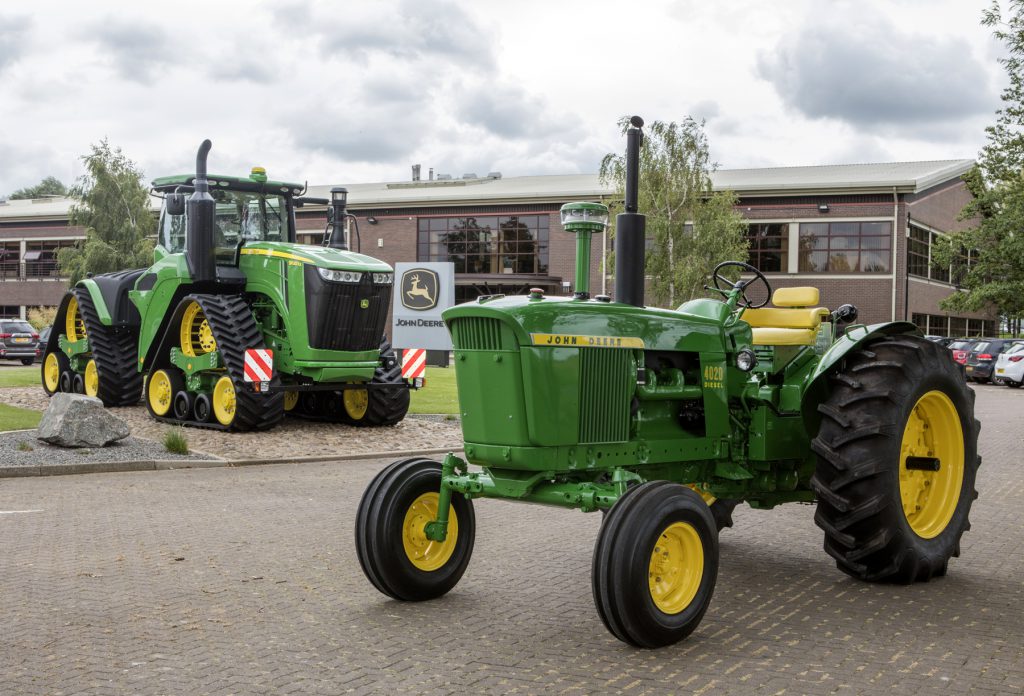 Join us as we take a trip back in time, looking at some of the early John Deere row-crop tractors and innovations of the 1950s, 60s, and 70s.

The Model 730 was introduced. This tractor offered 59 horsepower and was John Deere’s largest row-crop tractor ever at the time of its release.

The Model 730’s reign as the largest row-crop tractor was short-lived, as the 4010 was introduced two years later at Deere Day in Dallas. The 4010 came available with three different agricultural configurations as well as export and industrial versions. It weighed 7,100 lbs. and the six-cylinder design provided 84 horsepower. The 4010 was a part of the “New Generation,” and like other New Generation models, it included hydraulic power brakes, Syncro-Range transmission with controls on the dash, and a new comfortable seat.

The John Deere 4020 was the next big time row-crop tractor introduced by the company. The 20 series hung its hat on improved field performance and operator comfort. The 4020’s most innovative feature is said to be the Power Shift transmission, which allowed for movement between gears without having to use the clutch. With 91.7 horsepower, this tractor was once again a more powerful model than those that came before it.

The 4520 was introduced by Deere as the first turbo diesel tractor model. The 120-hp model set the stage for more innovation to come.

John Deere introduced the 4620 in 1971, which was known for being the industry’s first intercooled turbo diesel model. The intercooled capabilities were said to give the tractor a longer life.

John Deere’s Generation II tractors were brought to the market, featuring new innovations in comfort and styling, including the Sound-Gard body. This automotive-style design improved visibility and had a 4-post Roll-Gard structure to protect operators. The largest Generation II tractor was the 4630, which offered 150 horsepower.

As the 80s approached, Deere announced the introduction of the 4840. This model featured a 466 cubic-inch engine and 180.63 horsepower, which made it more powerful than the 4630. This model was the first with the Personal-Posture seat and HydraCushioned suspension system.

As the 1980s began, Deere put more of a focus on fuel efficiency. The 50 series was a big factor in this shift and many more large and more powerful models followed, leading up to the tractor technologies and designs that we see in today’s market.

Contact your local John Deere dealer for more information about John Deere’s tractors of the past and present.