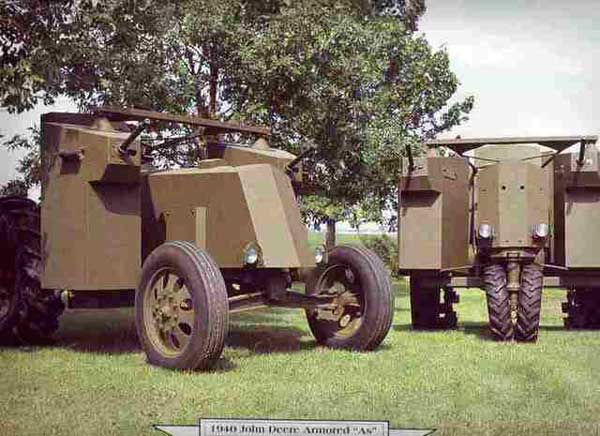 Many American companies have played a significant role in war efforts over the course of U.S. history, including now-defunct businesses like Bethlehem Steel, but firms like John Deere have remained relevant to celebrations of these past conflicts due to their prominence in today’s culture.

John Deere tractors were present on World War II battlefields and are still used to lead many Memorial Day parades around the U.S., as farmers old and new rely on the equipment to lead processions that show the gratitude that many Americans have for the country’s brave soldiers past and present.

The company was influenced by the U.S. entrance into World War II, as the “limitation orders” that restricted civilian production of farm equipment, repair parts and exports had an impact on what John Deere was allowed to manufacturer.

The great-grandson of John Deere, Charles Deere Wiman, was president of the company during World War II, but he accepted a commission as an Army colonel. A replacement was hired and before returning to work at the company in late 1944, Wiman directed the farm machinery and equipment division of the War Production Board.

In total, roughly 4,500 employees of the company served in the military, and a “John Deere” Battalion was created as a special ordinance group that saw action in Europe.

Though many of the Memorial Day parades feature newer John Deere tractors to celebrate the actions of brave Americans who fought in wars throughout the country’s history, some collectors of used farm equipment roll out vintage models for the events.

According to the Montgomery County Herald, the Collegeville-Trappe Memorial Day Parade in Pennsylvania featured eight vintage John Deere tractors from one collector, as the antique equipment rolled through Collegeville’s Main Street.

A similar celebration was held in Mount Vernon, Ohio, which also featured a contest for best antique tractor.

According to the Mount Vernon News, Dan Dennier took home the Best Antique Tractor prize at the parade, as hisJohn Deere 620 was awarded the top prize by a special committee at the event.