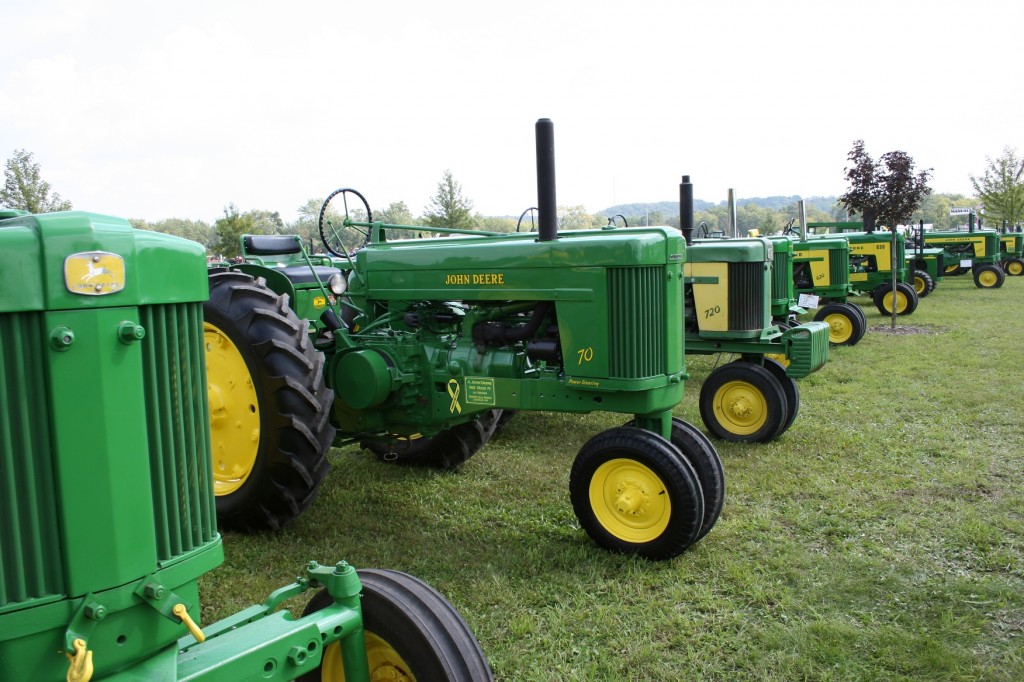 The first progression of technology in the agricultural sector has helped farmers across America reduce their workload and increase their productivity over the years, as each advance has helped to improve one component of their day-to-day operations.

While certain companies have had come and gone over the years, John Deere has remained an influential business and has created a significant amount of innovative technology to help American farmers obtain higher yields.

In the mid-1800s John Deere and his namesake company changed the way that farmers operated and the steel-cast plow was one of the first innovations that shifted the landscape in the U.S. agricultural sector.

In 1918, the company first began to produce tractors, as John Deere studied the way that other firms in the sector made their machines and begin to patent its own line of models in the coming years.

Combine technology also evolved during this period, as the company’s No. 1 and No. 2 models were some of the first machines to really make the job easier for farmers. Although these came out in 1927, by 1929 John Deere had already released newer and lighter versions.

As the years progressed and John Deere began to own a larger share of the market, the company’s ability to innovate grew by a significant amount. Diesel-powered tractors came about at the end of the 1940s and the post-war era ushered in some of its largest row-crop models to date.

The first tractors with operator enclosures were released in 1972 and by the mid 1970s John Deere was working with Japanese manufacturers in order to bring new technology to the market. A four-row cotton picker, the industry’s first, was introduced by 1980 and due to this innovation operator productivity grew by 85 to 95 percent.

The 21st century represented a time of unparalleled innovation for the company, as GPS and linking technology allowed farmers to automate a large portion of their operations and do multiple tasks at one time. Innovations like automatic row shut off capability help people in the sector use remote technology to maximize on productivity.

Laser-guided Measuring and Control systems help to increase the precision of John Deere instruments and products like the Virtual Reality Harvester and Forwarder Simulator remain way ahead of the conventional training methods in terms of effectiveness.