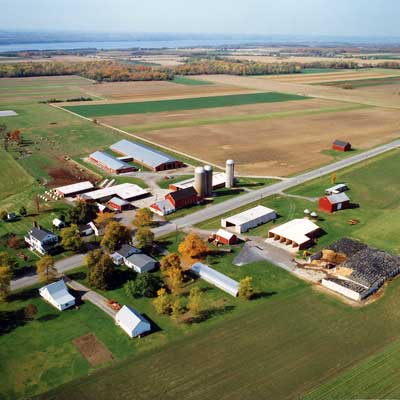 The size of the U.S. has led to many regions of the country becoming known for a specific thing. Farming has been prevelant in a number of these areas, and the local population in many of these places still participates in what their forefathers did for a living.

Farming is as essential to the history of the U.S. as anything else, and it continues to play a significant role in the day-to-day lives of many Americans. John Deere tractors can be seen on properties across the country, and people of all ages go out to the fields to gather crops and check their harvests.

One region of Texas takes a significant amount of pride in its agricultural history, as many of its residents can easily speak of the past with ease.

Finding a John Deere tractor in Bartonville, Texas, is like finding a haystack in a pile of needles, as the town’s rich farming history has not been lost on its residents, many of whom are still operating in the profession.

According to the Denton Record-Chronicle, several residents embody this old-school love for the farm equipment and practices of the past.

“My grandmother’s family came here from Missouri by covered wagon, with two big oxen tied to it,” Ronnie Brown told the news outlet while looking over at his used John Deere tractor. “They heard that Texas had a lot of free land, and so that’s why most of these people are here now – the old group, they came here lookin’ for free land.”

The Record-Chronicle noted that much of the agricultural nature of the town can be seen coming over the hill, as the rolling fields and open pastures are visible from the road.

Despite this nostalgic view of the past and the way that things used to be done in Bartonville, the residents have adjusted to modern times and realize the role that technology and innovation play in agriculture.

“Change and growth are inevitable,” Brown told the news outlet. “You either grow or you decline.”

The modern times have brought development to the town, but people still own their old farm equipment, still farm the land in the same manner and work together to keep the past alive.