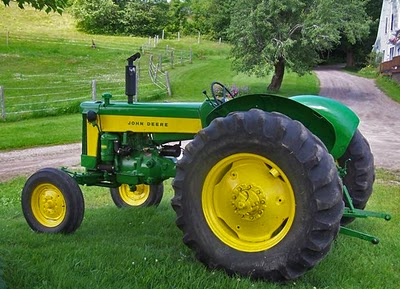 Many older farmers in America will note that the sector has changed a significant amount over the course of their life, as days on the farm from their childhood differ greatly from the present day.

Although they may look back with a sense of nostalgia and pride, it is tough for these farmers to deny that improvements in technology and innovation within the sector have not made day-to-day operations easier.

People who own antique farm equipment often note that they enjoy the dependability and simplicity of these machines, but they often use new models on their land in order to get the best possible yield and to increase efficiency.

The Southwestern Minnesota Independent reported that one man has seen the evolution of farm equipment first-hand, as Leland Reppe has worked on machines in the agricultural sector for more than 50 years.

This farmer noted that life repairing John Deere equipment was much different in the 1960s, astechnology that seemed revolutionary at the time now seems like a standard inclusion in any model.

“When I began, a four-row wide planter was considered state-of-the-art and a lot of people were still using two-row planters,” Reppe told the news source. “So I guess you could say I’ve seen planters go from two rows back then toas many as 48 rows today. We’ve gone from eight foot wide field cultivators to 60 footers now. And nobody here is called a mechanic anymore. We’re all technicians.”

He noted that he has seen the progression of technology in the sector first hand, something he said has made the job much easier for many people who are trying to make a living on both large and small farms.

According to the Independent, one of the biggest changes has been the introduction of computer technology on John Deere models, as everything related to these advances Reppe outsources to his grandson. He noted that despite his lack of knowledge about the tech-related fixtures, he still marvels at each new model and the potential that new innovations have.

He also loves working with the equipment and the generational-bridge that it provides, as his entire family and many neighbors are involved in agriculture.

“It’s great to be working with the third and maybe even the fourth generation of farm families,” said Reppe. “There aren’t many lines of work where you get to do that.”