Whether you’re out on the farm plowing, tilling, harrowing, or planting, one factor remains unchanged; you likely have a tractor mobilizing implements and doing the dirty work. However, with so many new tractor features and models hitting the market each year, it can be easy to lose track of the past. 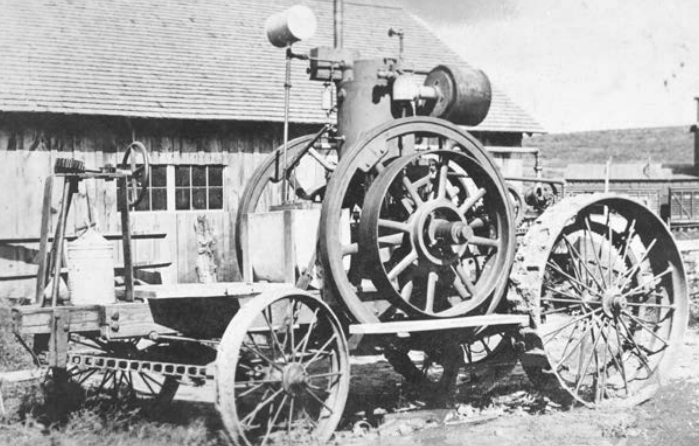 Let’s take a look at some of the key dates and events that shaped the early history of agricultural tractor development.

John Froelich, who was 43 years old at the time, successfully ran a gas-powered, vertical, single-cylinder engine on the running gear of a steam traction engine back in 1892. The machine, which is now known as the first gasoline tractor, moved forward and reverse.

The International Harvester Company built its first tractor in 1905 and followed it up with the production of more than 1,000 others in the following five years.

Hart-Parr Co. started running advertisements for its “tractor” product. These ads made the tractor term more popular and led to it replacing the “gasoline traction engine” moniker that had preceded it.

Henry Ford began experimenting with tractors in 1906 after he recognized an opportunity to turn a profit. Ford would spend more than $600,000 on tractor research and development from 1906 to 1917.

Henry Ford used Model T parts to create an Automobile Plow prototype. Testing of the machine did not impress Ford’s board of directors, and he went back to the drawing board.

The Bull Tractor Company had sold more tractor units than any other company in the U.S., thanks to its smaller and more affordable tractors. While these tractors were small and inexpensive, they were not extremely durable and lacked in performance qualities. Meanwhile, over at John Deere, Joseph Dain was developing an all-wheel-drive tractor concept.

It’s estimated that farmers in the United States purchased nearly $200 million worth of automobiles in 1915. Many early tractors were made with parts from automobiles.

The National Tractor & Thresher Manufacturers’ Association began a national circuit which hosted eight events across eight states. The nation’s leading manufacturers used these events as a way to bring their tractors to the market. The International Harvester Company sold more than 75,000 Titan 10/20s (their most successful model), which paved the way for smaller and lighter tractors across the market.

The British government ordered 6,000 Fordson tractors, followed by another 1,000 from the Canadian government.

For more information about John Deere tractors of the past and present, contact your local John Deere dealer.