Home Agriculture The Best-Selling Used Farm Tractors of 2012, According to Machinery Pete

Over the past year, Machinery Pete has reported on some of the most outstanding selling prices for used farm tractors, as well as the agricultural community’s opinion about these massive machines. Machinery Pete reports the results of tractor auctions across the country where used John Deere farm tractors are sold to anxious bidders. He is connected with 750+ auctioneers across the U.S. and Canada and has 40 contacts who gather auction results that are then listed on the Machinery Pete site.

The following is a month-by-month overview of some of the best-selling and record-breaking used farm tractors that Machinery Pete has reported on for the Machine Finder blog in 2012: 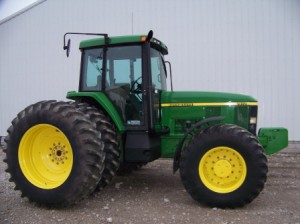 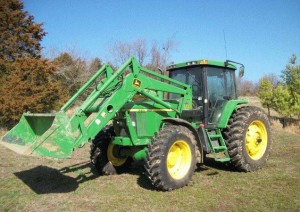 July: 82-year-old Albert Groeneweg sold his 1966 John Deere 2510 diesel, power shift tractor for $14,500 at an Iowa auction, which constituted the 3rd highest auction sale price Machinery Pete has seen in the last 16+ years on a JD 2510. 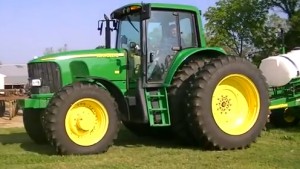 The results of any December auctions are still to be determined, but we’re hopeful this trend of high-valued used farm tractors continues next month and into 2013. The record-breaking selling prices for used John Deere tractors just goes to show how reliable the equipment is and how confidence farmers feel about it. Tractor maintenance also has a hand in how well a machine is re-sold; if you’re meticulous with your farm tractors, they can maintain or grow their value in years to come.