Home Uncategorized John Deere Biography: A Story Behind the Inventor

Born in Vermont in 1804, John Deere trained as a blacksmith’s apprentice before starting his own trade, moving to Moline, Illinois, and coming up with his life-changing invention – the steel plow. This concept led Deere to establish a workforce in order to better meet the growing demands of his customers. Despite facing financial hardship, like most others at the time, John Deere was determined to keep working for farmers, just as they were doing for the rest of the country. In addition to manufacturing equipment, Deere became deeply involved with the community in Moline, IL before his death in 1886, further helping to shape the dependable brand we all know and love today.

Access the top performing equipment on the market. Explore our inventory of John Deere machinery! 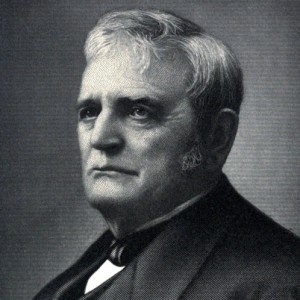 Who is the Real John Deere?

Our John Deere biography begins when he is a young man living in his birth state of Vermont. John Deere worked as a blacksmith’s apprentice and eventually began his own blacksmith trade. For 12 years, John Deere traveled to various cities in Vermont to offer his blacksmith services but when business slowed in 1837, the 33-year-old Deere headed west to Illinois. Once he had established his blacksmith services in IL, Deere began noticing a recurring trend in the wood and cast-iron plows he was repairing: He found that this plow design was meant for the soft, sandy soil of the East and was not conducive to the thick, heavy prairie soil of the Midwest.

What Did John Deere Invent?

While continuing with his blacksmith services, Deere also experimented with alternative plow designs and invented a polished steel plow, an innovative idea at the time, which he then pitched to local farmers. Deere claimed that this type of machine would furrow into the sticky Midwestern soil better than the traditional wood and cast-iron plows. That year, Deere built and sold three plows. Little did he know that this would spark one of the most successful farming equipment manufacturing and distribution businesses in the world.

When Was John Deere Founded?

In 1842, Deere built 100 plows, and his business as a retailer grew when he began filling orders for the Patent Cary Plow. The demand for the Deere plows prompted Deere to establish a shop, partnership, and workforce to complete the orders that continuously, and increasingly, flowed in. In order to support the growing business, Deere started a contract with a Pittsburgh steel manufacturer that would supply the strong steel plates his plow design needed.

Why is John Deere’s Invention Important?

In 1858, though, the U.S. experienced a financial crisis and businesses across the country found sales slipping, Deere’s included. Despite the financial struggle, Deere continued working to create efficient and reliable equipment in the agriculture and blacksmith trade. John Deere tirelessly created, promoted and perfected farm equipment that made cultivating more land, and growing more crops, faster and easier than ever for American farmers. This increase in food production, in turn, helped promote an increase in population and a subsequent increase in settlers migrating from the East Coast into the fertile lands out West. It could be said that Deere’s inventions not only made it possible for more farmers to prosper, but in fact, for the country as a whole to grow and flourish.

As his company grew, so did John Deere’s imagination.In 1863, Deere invented the first ride-on plow, the Hawkeye Riding Cultivator, which relied on horses to pull the plow instead of a man pushing it himself. This was another huge leap forward in productivity for farmers, who could now plow more land, faster, and not only raise enough crops to feed their families, but also have enough left over to sell. This elevated many once-poor farm families from subsistence level to being well-off, contributing to the eventual overall economic boom of the Second Industrial Revolution. At this time, Deere handed the company over to his only surviving son, Charles Deere, who continued his father’s business in Moline, IL, the current company headquarters.

Who Was John Deere as a Person?

Now let’s take a closer look at John Deere as a person. Once the company was in the hands of his son, Deere focused his attention on civil and political affairs in Moline. He was elected as Mayor of Moline and served as the president to the National Bank of Moline, as well as the director of the Moline Public Library. His involvement in the public affairs of his community and his influential work as an inventor established Deere as a respected and reliable businessman, a person the American farmer could relate to. His devotion to all areas of his life, including to his wife and nine children, has shaped the John Deere Company into the dependable and loyal brand it is known as today.

Where is John Deere’s Grave?

When John Deere passed on on May 17, 1886, at the age of 82, he was laid to rest in Moline, IL, where his beloved company was founded and is still headquartered today.

It could be said, however, that he lives on to this day, not only in the memories of his descendants, but also in the esteem of all those who value and use John Deere equipment daily. After all, John Deere was more than a person, an inventor, or even the founder of a legendary company – he was the embodiment of the spirit of the American farmer, a man of ingenuity, integrity, and grit.

If you have any questions about any of the equipment offered by John Deere, you can contact your local John Deere dealer.