As the longest and coldest winter days approach and the snow begins to fall, it’s time to rev up the engine on your John Deere riding mower. While these pieces of equipment are ideal for the warmer months performing lawn-care duties and tackling yard-work tasks, they can quickly become a residential home owner’s best friend, clearing areas that may quickly be inundated by snowfall.

So, as fall comes to a close, the grass has been cut, and the leaves have been removed from the yard, be sure to keep your John Deere riding mower in a spot where it can be easily accessed, as it’s only a snow plow attachment away from being a snow removal workhorse during even the toughest conditions. These snow removal and snow plow attachments may include any of the following:

Lawn tractors can come in all shapes and sizes with a variety of features to choose from. If you’re selecting a John Deere E100 series lawn tractor, you can be assured that these mowers are built to last by hardworking men and women in Greenville, Tennessee. 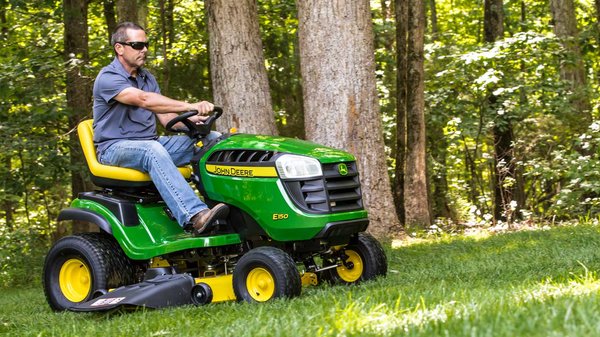 There are a variety of models to choose from in the John Deere E100 lineup and we’re going to walk you through each one so you can make the most informed decision when selecting your model.

Mowers have come a long way since the ones our grandparents pushed around. An example is the commercial-grade John Deere 1600 Turbo Series III Wide-Area Mower, which can easily mow a wide area in a short amount of time. 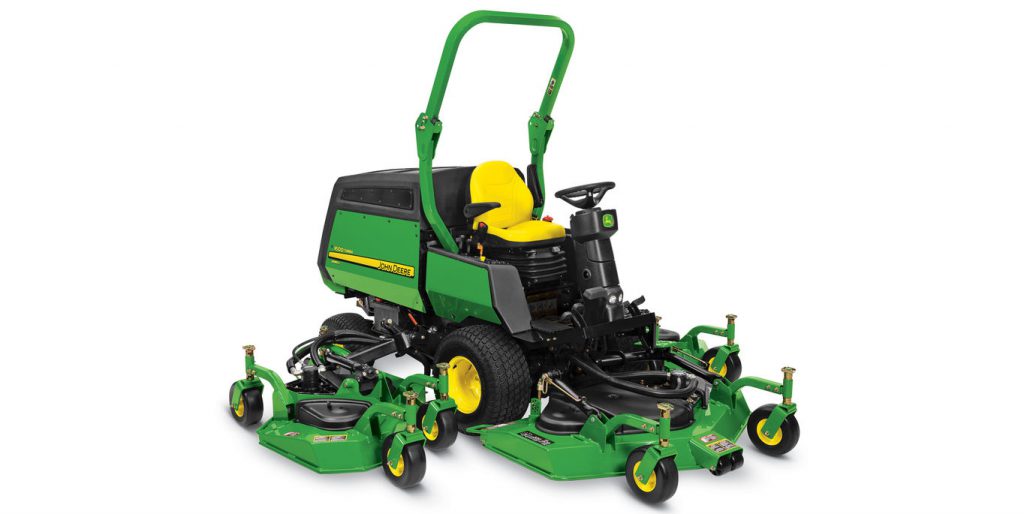 This mower makes any grounds keeper’s job easier and able to be done more efficiently. Let’s take a look at a few of the features it has in this video gallery. 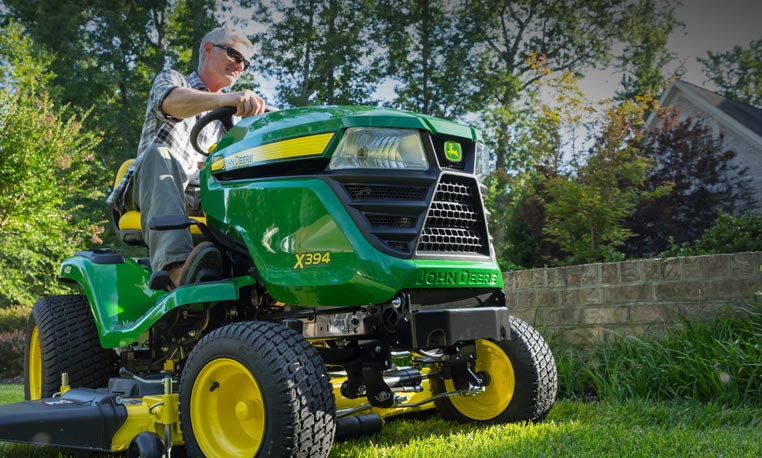 The John Deere Z425 and Z445 are two very popular zero-turn models that offer many shared and differentiating quality features. Since they belong to the same family, we see many instances where property owners are looking for differences between the two models.

With these instances in mind, we’ve put together of list of key features and elements that define the similarities and differences when comparing the John Deere Z425 vs. Z445.

It’s hard to believe that the fall season is already approaching. As the summer winds down, it’s important for homeowners to start turning their attention to what types of equipment they will need for the fall. With that in mind, we have outlined a list of seven John Deere riding mower attachments that can be easily added to make life easier. 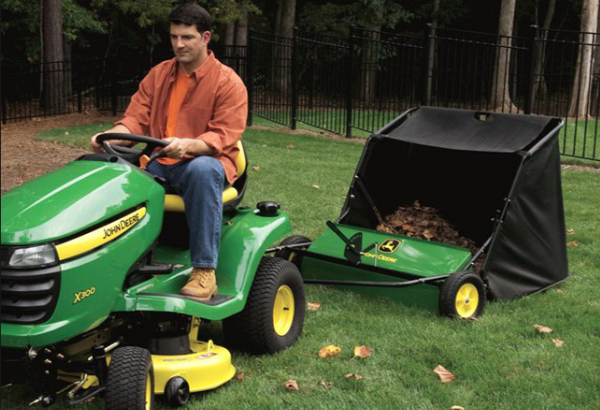 Without any further delay, let’s take a look at this list:

1. Striping Kit: Many John Deere riding mower owners want to keep their lawn looking fresh all the way up until winter arrives. With this in mind, John Deere offers a flexible, long-lasting and non-weight bearing lawn striping kit that makes it a great option for pattern mowing.

It’s not uncommon for homeowners and lawn caregivers to dread fall cleanup, simply because it can be a messy and time-consuming. With the extremely busy lives that many of us live, it can be difficult to find the time to clean up the yard. However, with the right parts and attachments, the outdoor cleanup experience can be transformed in something more attainable and productive. 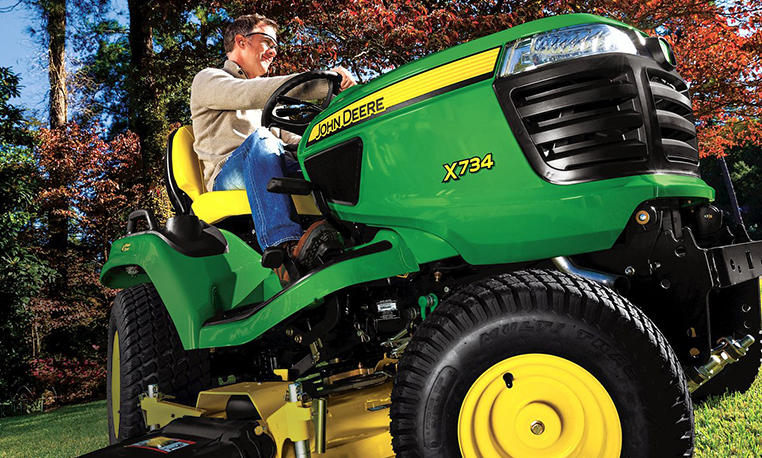 We’ve put together a list of John Deere parts and attachments that will greatly help with your fall cleanup this season. Let’s take a look at some of our favorites!

Reminiscing on the Past with John Deere Riding Mower History: 2000s

A week ago, we continued our trip through John Deere’s riding mower history, as we showcased some innovation of the 1990s, a decade that included a number of new models that were recognized for their versatility and overall performance.

This week, we will wrap up our series and look at John Deere riding mower history 2000s-style. While Deere made a number upgrades to existing models in the 2000s, offering more power and additional size, we want to focus on two of the biggest product announcements made that decade. Enjoy!

Reminiscing on the Past with John Deere Riding Mower History: 1980s

Last week, we took a stroll through the 1970s, looking at the decade that brought about significant advances for John Deere riding mowers. Some of these advancements included upgrades to existing series, but a couple of new series were also introduced, making Deere a bigger player in the riding mower industry.

Today, we will look at some of the most critical upgrades and introductions of the 1980s, a decade that not only helped mend the gap between past and present, but also represented Deere’s 150th anniversary. Without any further delay, let’s go back in John Deere riding mower history once again!

Reminiscing on the Past with John Deere Riding Mower History: 1970s

Last week, we began our journey down memory lane, taking a deep dive into the formative years of John Deere riding mower history. We learned that Deere has been offering customers pieces of equipment that are suited for all sorts of lawn and garden activities for more than 50 years and even took a look at some notable models from the 1960s (the decade lawn and garden riding mowers were introduced by Deere).

Today, we will continue our trip back in time, looking at John Deere riding mowers of the 70s and what types of upgrades were made to offer even more value to customers. Sit back, relax, and cruise back to the 70s with us. Enjoy!